10 YEARS OF LOBBYING PAYS OFF FOR THE AAAA

The automotive aftermarket sector is celebrating with the Federal Assistant Treasurer Michael Sukkar recently announcing that the draft legislation which will require car companies to share all motor vehicle service and repair information is only weeks away.
Speaking at the Australian Automotive Aftermarket Association (AAAA) Industry Leaders Forum, Mr Sukkar also said there would not be a lengthy consultation period before it goes before Parliament as the issue has been subject to considerable and lengthy consultation for almost a decade.
AAAA Chief Executive Officer, Stuart Charity, said the Minister’s comments were a game changer for the 30,000 independent repairers and the 150,000 technicians in Australia looking to service vehicles.
“It has been a long 10-year battle involving literally hundreds of meetings with politicians from all sides, as well as two major inquiries and an 18-month ACCC investigation with two rounds of extensive stakeholder consultation,” Stuart said.
“This is a landmark decision. It means consumers will not be forced to get their car serviced at a car company dealership.
“We are incredibly grateful to the Minister for getting this done. He just got it right from the beginning.”
The new law is designed to provide a fairer playing field for the repair and service of the 74 automotive brands available in Australia in an industry worth $25 billion annually. The law will compel car manufacturers to share all mechanical repair and service information with the independent auto repair sector on “fair and reasonable commercial terms”.
“No car owner should be forced to take the car back to a dealer because the car manufacturers have artificially manipulated the market by withholding software updates and reinitialisation codes,” Stuart said.
Many other countries have been watching with considerable interest to see what happened in Australia.
“It’s great that we are leading the way in the Asia Pacific region,” Stuart said.
Stuart earlier told the online audience of the forum that the ACCC is continuing to investigate Mitsubishi’s 10-year warranty – elements of which the AAAA believes are anti-competitive.
AAAM has since learned that the ACCC had asked Mitsubishi to respond to its concerns and submissions from industry raising alarms about the warranty by November 6.
There is currently no word whether the car manufacturer has responded or what the contents of any response may be, but the ACCC indicated that the matter would be dealt with by the end of November.
Mr Sukkar also used the AAAA event to announce funding of $250,000 to assist the new industry body that would support the operationalisation of the Law. The organisation will be Industry-led and will support the law with dispute resolution, information and education.
The organisation will have representation from the AAAA, the Motor Trades Association of Australia, the Australian Automotive Dealer Association, the Australian Automobile Association and the Federal Chamber of Automotive Industries. 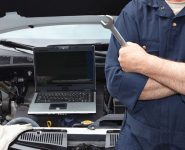 UP AND RUNNING WITH THE MOTOR VEHICLE INFORMATION SCHEME 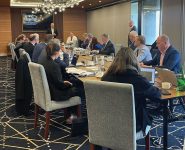 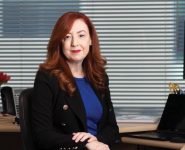 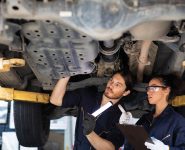