In August Disc Brakes Australia (DBA) announced the retirement from the business of Martin Peart or, as he is known by most in the industry, Marty, after 28 years at DBA.
Marty has been a central figure in building what DBA has become today. When Marty started in 1993, DBA had just moved into its current manufacturing facility in Silverwater (Sydney).
Reflecting on his introduction to DBA, Marty shared “to walk into that brand new building, we could almost taste the vision that was to roll out over the next few decades.”
It was this vision and determination that placed Marty as a very prominent name within the industry and led to his contribution to the current success of DBA.
Marty was heavily involved in taking to market many products that are available today, particularly DBA’s performance product offerings featuring patented technology such Kangaroo Paw ventilation or the new slot designs T2 and T3, to name a few.
These developments have helped to set DBA apart in the industry and be recognised on the global stage.
Marty successfully spearheaded DBA’s investment in Motorsport. This resulted in sponsoring V8 Race Utes for 12 years and even running DBA’s own race team as well as supplying products to many other categories locally and overseas.
Those involvements were what drove DBA’s performance programs over the years, proving that the product can stand up to the crucial race conditions that it claimed.
Marty’s passion for motorsport has stuck with DBA as it continues its support of many different motor racing codes including Supercars.
“Certainly, DBA’s history shows its ability to look outside the square and challenge itself to be different in setting new standards in design and technology, which has always appealed to me,” Martin said when quizzed about why he chose to stay with DBA for 28 years.
“Working with (company founder) Phillip Joseph Snr and our very close-knit team who shared the same vision, was the reason to my longevity. It was never a grind and time went so fast.”
It is this passion and dedication that helped Marty endure countless days on the road away from the family, carried by the support and the confidence that DBA’s customers showed in the brand.

“Nothing surpasses the long-term gratification, genuine friendships and win-win results from building a brand from its embryonic humble beginnings to where it sits today, and the warmth, laughter and happiness that my DBA family and I have enjoyed along the journey with both customers and industry colleagues,” Marty said.
Over the years, Marty’s involvement through DBA allowed him to experience first-hand what motorsport is all about. He drove many Australian race circuits like Bathurst, and even some famous overseas tracks such as Nürburgring or Silverstone. Marty states these as some of the highlights of his time with DBA.
Away from work, Marty’s passion for motorsport and all things cars is prevalent in his daily life. He currently owns a 200 Series V8 Landcruiser as well as a 2006 SS Thunder six-speed manual, the first of the six litre V8s and has the CV8 Monaro upgrade on it (limited edition).
“I don’t drive it much but when I do, it reminds me of my involvement in DBA’s motorsport and the thrill of owning V8s that I had as a young man,” Marty said.
DBA thanks Marty for all the time and work he has put in for DBA over the last 28 years and along with the Australian Automotive Aftermarket Magazine team and the AAAA, wish him all the best for the future. 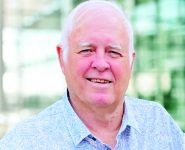 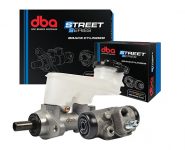 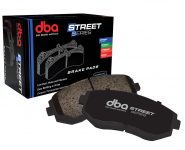 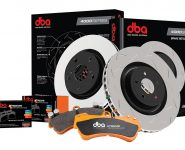