Since 1988, the Street Machine of the Year award has been a highly coveted prize. It is a lucrative one too, thanks to a $20,000 first prize thanks to Valvoline.
In 2020, boat builder turned performance car builder Aaron Gregory was awarded the Valvoline Street Machine of the Year award for his ’51 Chev ute, dubbed Memphis Hell.
The ute was built in a three-month dash and first broke cover at MotorEx 2012 before being promptly put to work cruising up and down the east coast of Oz.
All those road miles didn’t stop it from making two visits to the Summernats Top 60 and scoring a swag of other tinware at shows all over the country.
Aaron’s treated the truck to five genre-busting rebirths since then, most recently chopping both the roof and the hand-made tub and reinventing it as a corner-carving, pro touring marvel.

Off the back of that rebuild, it scored another feature in Street Machine and qualified as a Valvoline Street Machine Of The Year finalist before being voted as the most popular street machine of 2020 by the magazine’s readership.
“I really didn’t expect to be nominated for a second time, eight years after the car debuted and up against an epic field of cars, I didn’t see this one coming,” said Aaron, the owner of Memphis Hell Custom Vehicle Builders.
“I played to my strengths, which was driving and using my car, but I enjoyed being cheeky about it. How many other SMOTY contenders were picking up toilet paper in their nominated car?
“I didn’t build it to win trophies, but I think people like seeing it at interstate shows being used and driven. If I have had a bad week at work, the only thing that gets me out of that headspace is jumping in the truck and finding a twisty road or freeway to blast.
“Winning SMOTY is a great thing for me because mini-truckers get boo-hooed all the time, but have a look at what shops mini-truckers are running and the cars they’re turning out – Ryan Carter at United Speed Shop, Graeme Brewer up at Down Town Kustoms, Michael Ellard at Image Conversions, Pete Lamb at Melomotive and Brendan Carroll at Car Builders – and me here!
“I get offended when people call it a show car, or ask where I have towed it from. It is a car; you drive it. I don’t understand people who look at it when it’s parked and laid out and say things like: ‘Oh, you can’t even drive it.’ Well how did I get it there?”

For more information on the Valvoline Street Machine of the Year Award, visit www.whichcar.com.au/streetmachine/events/smoty 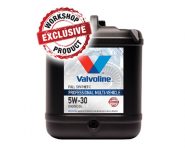 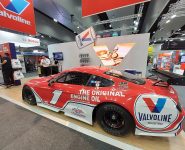 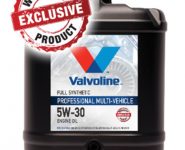 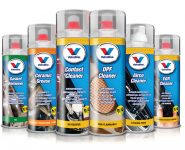