Penalties of $1.223m have been issued against the business and its ex-directors

Four-wheel-drive vehicle hire business Smart Corporation Pty Ltd (in liquidation), previously trading as ‘Australian 4WD Hire,’ has been ordered to pay penalties of $870,000 for breaches of the Australian Consumer Law following court action by the ACCC.
The Federal Court has found that Smart Corporation Pty Ltd engaged in unconscionable conduct, made false or misleading representations in relation to insurance cover, and included unfair contract terms in its vehicle rental contracts.
The Court also found that Australian 4WD Hire’s former director and then Fleet Manager, Vitali Roesch, and then Director, Maryna Kosukhina, were knowingly concerned in this conduct.
The Court made orders disqualifying them from managing a company for three years, and ordered them to pay $179,000 and $174,000 in penalties respectively.
Australian 4WD Hire’s standard form contracts included terms that allowed Australian 4WD Hire to charge customers up to $500 each time a customer drove in a way prohibited by the contract, such as driving at night outside of built-up areas, above the speed limit, or when visibility was poor such as in fog or heavy rain.
The Court found that these terms were unfair and therefore void because, among other things, they authorised Australian 4WD Hire to deduct the entire amount of a consumer’s security bond for trivial breaches which could not have caused any loss or damage to the hired vehicle.
The Court also found that Australian 4WD Hire acted unconscionably by sending intimidating and threatening emails to certain consumers to withhold at least $500 of their security deposits for what they claimed to be excessive vehicle wear and tear irrespective of whether there had been any damage done to the vehicle.
When some customers disputed these actions, the company sent further intimidatory correspondence to deter the consumer from disputing the claim or raising any other legitimate issues.
Australian 4WD Hire’s conduct was also found to lack honesty and fairness. The conduct involved bad faith, deception, unfair pressure and sharp practice. It included harsh and unjustified threats of legal action and other adverse consequences for the customers which were out of all proportion to any prejudice which Australian 4WD Hire had suffered.
“Australian 4WD Hire acted unconscionably in its dealing with customers who hired four-wheel-drive vehicles around Australia. The disqualification orders made by the Court mean its former directors, Vitali Roesch and Maryna Kosukhina, who were knowingly concerned in this conduct, will be prevented from managing a business in Australia for three years respectively,” ACCC Chair, Rod Sims, said.
Australian 4WD Hire also represented to consumers on its website that its rental vehicles had the benefit of comprehensive off-road insurance, using statements such as “All Vehicles Off-Road Insured,” and “All Australian 4WD Hire Vehicles are insured for Off-Road use subject to our terms and conditions, allowing you to travel worry-free…”
The Court found that this representation was false and misleading because at times many of the vehicles did not have comprehensive insurance coverage and Australian 4WD Hire obscured that the hire contract gave the company the sole discretion to decide whether to submit an insurance claim or hold the customer liable for any damage.
“We took this action because Australian 4WD Hire’s treatment of some of its customers was particularly egregious. The misrepresentations made about insurance cover gave customers a false sense of security that they would have the benefit of being covered by insurance, in particular for the off-road use of the vehicles, when this was not the case,” Rod said.
The ACCC received more than 60 complaints about Australian 4WD Hire between 2016 to April 2019, when the ACCC commenced proceedings against Smart Corporation Pty Ltd.
Australian 4WD Hire, Vitali and Maryna were ordered to pay approximately $9,500 in redress to five consumers whose experiences with Australian 4WD were presented to the Court as part of the ACCC’s enforcement proceedings. 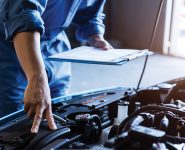 HAPPY NEW YEAR AND WELCOME TO 2021