ACL Bearing Company (Australia) says when its management heard there was a Subaru Brumby (Brat in the US) producing more than 1200hp that required reliable engine bearings, they knew they could assist.
ACL came on board five years ago as a supporter of ‘Drag Brumby’ and says it is now very pleased to extend that partnership.
The missile covers the quarter mile (approximately 400 metres) in just 7.61 seconds and is said to leave big block supercharged V8s in its wake.
The Subi launches to 100 km/h in just 1.3 seconds, pulling 2Gs; and at 400 metres the vehicle is clocking 286 km/h and requires a parachute to assist the brakes to help pull her up safely.
Errol Brittain, the owner of the vehicle, required some quality crank and connecting rod bearings to handle the 1200hp being produced and Aussie company ACL came to the party.
“When we read about Errol’s achievements with the Drag Brumby, we decided to come on board,” ACL Bearings’ Mark Shadbolt said.
“We are very proud to now extend our partnership with the Drag Brumby and to have our RACE Series product in the World’s Fastest Subaru Four Cylinder. There is no better test lab than the racetrack environment.”
“Since we fitted the 2.5 litre Subaru EJ25 engine with the ACL bearings we have gone from strength to strength and we improved our PB (personal best) immediately,” Errol said.
“Others strip engines down and replace components often after every race and tweak this or that, we hardly touch anything. The engine is amazingly reliable and in fact we have found the ACL bearings last years!
“Since we broke into the seven second range, we have had congratulations from fellow Subaru racers and enthusiasts from all over the world.
“We did not know we had so many followers worldwide and our Facebook page now has thousands of followers, not bad for basically an unsponsored team!
“Thanks to ACL for helping us out with bearings, they last and last.”
For more info about the Drag Brumby, visit the team’s “Drag Brumby” Facebook page or Google “Drag Brumby.” 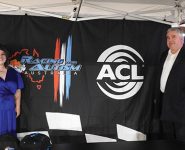 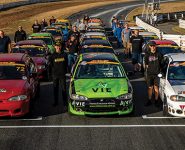 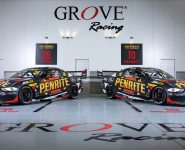 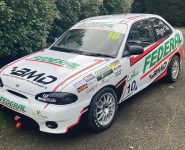