Operating for more than 30 years under private ownership, Australian Clutch Services has grown into one of the largest clutch suppliers in the southern hemisphere

Australian Clutch Services (ACS) currently distributes throughout Australia, New Zealand, Europe, The Middle East and the United States.
The company says it has continued the expansion of its domestic and export programs and is a market leader in the supply of the latest in clutch technology, including Dual Clutch Transmission components.
In recognition of its success, GUD Holdings recently announced the acquisition of the South Australian based Clutch, Flywheel and Hydraulic specialist, which was originally founded in a small facility in Torrensville, South Australia in 1989 and was initially focused on clutch rebuilds.
In 2005, after continual growth and a changed focus to the supply and manufacture of new clutch and flywheel products, ACS moved to a purpose-built facility housing a comprehensive research and development facility as well as manufacturing, sales and marketing.
ACS Founder Brenton Jordan, along with ACS’ management team, quickly recognised the potential for growth throughout Australia and reinvested heavily into the market, including the introduction of distribution centres in Melbourne, Sydney, Brisbane, Townsville, Darwin and Perth. Today, both Melbourne and Sydney have two distribution centres to support fast delivery times and stock holding.
ACS is also the owner of leading brands ClutchPro, Xtreme Clutch, Xtreme Outback, ClutchPro Commercial, AG Clutch and Classic Clutch as well as a specialist US-based performance brand, XClutch.
These brands cover all aspects of the clutch market including standard replacement and performance applications for passenger car, 4×4, commercial, agricultural, industrial, forklift and marine applications.
“I’m extremely proud of the business that Australian Clutch Services has become,” Brenton said.
“With over 30 years of hard work and the support of a fantastic team, ACS is now an integral part of the Australian Automotive Aftermarket and this change of ownership is a new chapter in the life of the business.
“We have shown exceptional growth over the years and I look forward to seeing it progress further forward in Australia and overseas.”
Brenton has always held a strong emphasis on supporting young talent and helping his employees to learn and take on new challenges within the business and says that the team at ACS has been critical to the growth of the business.

“I have always been a big advocate for supporting young talent and I have been very fortunate to work with some fantastic individuals,” Brenton said.
“The culture here is great and I have seen many of our team members grow and prosper over the years.
“That has been one of the most memorable and important things for me and I’m proud that we have created a workplace with very limited staff turnover.
“Many of the team here today have been a part of ACS for many years with several being here for over 15 years.
“I have built many great friendships both in the business and externally and I look forward to continuing those friendships after I step down from my current role.”
Brenton is also especially proud of the expansion of the business into international markets and the success it has seen over that time.
“Moving into export markets was a major challenge but it has been highly successful, and we have enjoyed every step,” he said.
“I have met some fantastic people along the way, and we have built great business partnerships with companies around the world.”
Brenton has become well renowned for his constant desire for improvement in the business.
“Brenton and I met originally at one of the trade shows overseas probably more than 15 years ago,” Ozparts Managing Director, Shemek Wisniewski, said.
“About eight years ago Brenton entrusted our company with the distribution of ACS products in Europe and the UK – and we started cooperating very closely.
“I think that the most impressive thing about his approach to business has been the focus on constantly improving his operations and products.
“He has been structured, very persistent and very effective in elevating his products to the level of leading performance and aftermarket brands in Australia and overseas. Kudos to him also for being able to create a team with a very strong ‘can-do’ outlook.”

ACS is a two-time winner of the AAAA Excellence in Export Award and over the years has built a strong relationship with the AAAA, including involvement in the Auto Innovation Centre and attending a number of international trade shows alongside AAAA.
“Brenton Jordan is an aftermarket industry legend and a massive supporter of the AAAA and our activities,” AAAA Chief Executive Officer, Stuart Charity, said.
“Brenton was a regular exhibitor and sponsor of the Australian Auto Aftermarket Expo and Awards program, the AAA Magazine as well as exhibiting on the Australian National Pavilion at trade shows around the world.
“ACS also won a range of AAAA Excellence Awards for Marketing, Manufacturing and Export and Brenton was an enthusiastic collaborator and mentor to other businesses, always keen to give back to the industry that he loves.
“I would like to take this opportunity to thank him for his outstanding contribution to the aftermarket industry and wish him every success in the next phase of his career and life.”
Brenton would like to pass on his sincere gratitude to all of those in the Australian Automotive Aftermarket who have supported him over the years.
“I would like to take this opportunity to thank everyone who has supported me and Australian Clutch Services over the past 30 years,” Brenton said.
“The response I have received from people in the industry since the announcement was made has been overwhelming and although I will be stepping down from this role, I know that ACS will have a long and successful future.
“I would also like to take this opportunity to thank my wife Sophie who has supported me through a lot of the challenges in building and expanding the business and has been a major part of ACS for nine years working in Marketing and Export. I now look forward to focusing on my family and new endeavours.”

For more on ACS, visit www.australianclutch.com.au 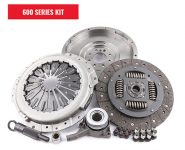 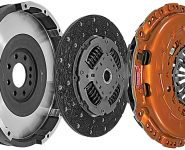 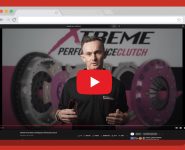 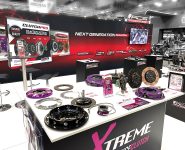