APPRENTICE SHORTAGES A CONCERN FOR FUTURE OF THE AUTOMOTIVE INDUSTRY

Capricorn, which represents more than 23,000 automotive members throughout Australia and New Zealand, commissioned research company TKP to conduct the research, which found attracting young people to the industry was of serious concern.
While the majority of members run mechanical workshops (72 percent), a smaller number also operate panel and paint (seven percent), auto electric (six percent), commercial truck (five percent) and tyre and suspension (four percent).
“The automotive industry is dynamic and evolving – cars are literally computers on wheels which makes for an exciting career especially if you’re into gaming or coding,” Capricorn Group Chief Executive Officer, David Fraser, said.
“However, the automotive industry as a collective needs to have a serious conversation about how it plans on creating a pipeline of talent to address future labour shortages.”
While the report found there were many positives in the industry such as making customers happy, the joy of problem solving and finding a passion working with vehicles; work-life balance was a problem, largely due to a shortage of skilled labour.
“Thanks to government support, 39 percent of Capricorn’s members currently have an apprentice in their business, but many still believe their business is too small to take on an apprentice, which is often just not the case,” David said.
“Our members have been working an average of 24 years in the industry and running their own workshop for 17, so now really is the time to consider succession planning, and part of that may include considering taking on an apprentice.”
Between 2016 and 2020, the number of graduate apprentices in the automotive and engineering trades fell 23.2 percent.
“Our report found that two thirds of members have never been approached by a TAFE-like institution looking for an apprentice, yet three out of five members have been approached by someone who is seeking to start an apprenticeship, so there’s a clear imbalance there,” David said.
“There’s a lot of government support and registered training schemes available for businesses to access, so if you’ve ever considered it, now is the time to bring on an apprentice and if you’re a young person looking for an exciting career take a look at the automotive industry.”
From 1 October 2021, the existing Australian Apprenticeships Incentives Program (AAIP) will be replaced with a new, simplified and streamlined incentives program for employers of apprentices and trainees called the Incentives for Australian Apprenticeships (IAA).
The IAA was scheduled to commence in 2020, but due to the ongoing impact of the COVID-19 pandemic on employers of Australian Apprentices, the Government delayed its implementation.
The IAA program offers various incentive payments to employers during the period of an employee’s apprenticeship and is available to employers of any size, industry or geographic location. Final claims for payment must be lodged by 30 June 2023.
“It’s clear that many of our members are in a positive position where they need or would like to take on apprentices and given the government support available to do this, there’s never been a better time to start planning for the future,” David said.

You can access the full State of the Nation report at www.capricorn.coop/campaigns/state-of-the-nation-2021 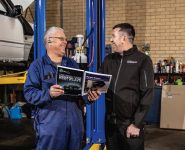 INCREASE PRODUCTIVITY AND MAXIMISE YOUR TAX DEDUCTIONS THIS EOFY 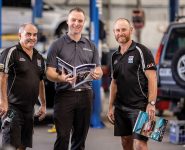 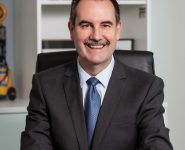 ATTRACTING GREAT STAFF AND KEEPING THEM