AUSTRALIA’S FAVOURITE CAR IS A UTE

HPP Lunds has an entire catalogue devoted to the HiLux

According to Federal Chamber of Automotive Industries (FCAI) statistics the Toyota HiLux is Australia’s favourite car after notching up its fifth win in a row during 2020. It was also Australia’s most popular commercial vehicle for the 23rd year in a row.
Last year was also the 20th year in a row that the HiLux was number one in the NT, and it has spent 14 years as number one in Queensland and 13 years at the top of the charts in WA.
Toyota reported that more than 45,000 HiLux utes were sold in 2020, and this year in January it took out top spot as the best-selling vehicle overall as well as the top selling 4×4 vehicle.
HPP Lunds has an entire catalogue devoted to the HiLux and the range is constantly updated with new parts for the driveline, suspension, body hardware, and now includes direct-replacement air bag clock springs (aka spiral cables), diesel primer pumps and free-wheeling hubs (aka manual locking hubs).
All components are covered by a 12-month warranty against manufacturing faults and are carefully selected to offer trouble-free fitment and top quality.
HPP Lunds free-wheeling hubs are available to suit Toyota LandCruiser and HiLux models built between 1975 to 2016 as well as the Nissan Patrol GQ.
These high-quality free-wheeling hubs are ideal aftermarket replacements for factory-fitted hubs or manual locking hubs that have failed due to wear or damage.
These manually operated hubs are a quick and easy way to switch between 4×2 and 4×4 drive modes in part-time 4WD vehicles by turning the control knob to disconnect the front wheels from the axle and differential, giving increased fuel economy and reduced drivetrain wear during normal road use when four-wheel drive is not required.

HPP Lunds air bag clock springs are available to suit Toyota Hilux KUN26 (both with and without VSC – Vehicle Stability Control), 100-series LandCruiser and 120-series Prado.
Clock springs are a fragile electronic component located behind the steering wheel air bag which provide a vital connection between the air bag and other electronic components on the steering wheel and the vehicle’s wiring harness and control modules.
These spiral cables are a common failure item in these vehicles, causing an air bag warning light to appear on the dashboard and an accompanying fault code to be stored in the vehicle’s diagnostic system.
The large range of HPP Lunds diesel primer pumps includes Toyota 2L/3L, H/2H, 1HD, 1HZ, 1KD, 1KZ and 1VD engines, and Nissan ZD30, TD42 and YD25 engines.
Diesel primer pumps prevent fuel flowing back to the fuel tank and away from the injection pump while the vehicle’s electrical system is in operation. They are also used to bleed the fuel system to remove air locks, or to remove air from the system when it has been drained or removed for servicing.
Approximately 99 percent of HPP Lunds’ parts are directly imported from the manufacturers with stock available in the Brisbane warehouse.
Both the HiLux and the LandCruiser catalogues are available in hardcopy but also can
be downloaded from the company website at www.hpplunds.com.au
Lunds 4WD parts are also listed on AutoInfo (Oscar) with more than 28000 entries.

Previous: NEW FROM ARB
Next: X-BAR BY HAYMAN REESE 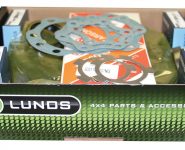 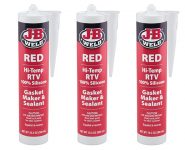 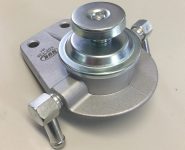 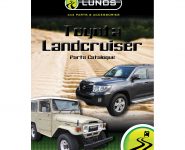