With the warmer months upon us, monitoring your cooling system is vital. High ambient temperatures and air conditioners place extra strain on a vehicle’s cooling system.
Most modern cars are equipped with a simplified coolant only temperature gauge with indicators for hot, cold and optimal. However, there is a growing number of new cars that do not have a gauge at all, instead relying on warning lights for hot and cold.
Engines subjected to excessive temperatures can suffer additional wear and tear or in worst cases, engine failure. This is where an aftermarket temperature gauge can be most useful.
REDARC says its 52mm Dual Temperature gauge (G52-TTT) monitors both engine oil and coolant temperatures. An oil temperature only version is also available (G52-TA).
With accurate monitoring of these systems, if the oil temperature rises above a desired limit, the driver can reduce the load placed on the engine or transmission to reduce the temperature and prevent engine failure.
When concentrating on the road however, a driver may miss a sudden change in temperature, even with the addition of an accurate gauge. A sudden change in temperature can be attributed to rapid coolant loss from causes such as a split hose, a failed pump seal or a stray stone or stick penetrating the radiator core or tank.
REDARC explains its Low Coolant Alarm (LCA1224) is designed to alert the driver before the temperature gauge has even moved from its normal position, and before further damage occurs. Coolant loss can reportedly be detected within seconds, well before the engine overheats.
Suitable for both 12 and 24-volt vehicles, the LCA comes with an AC powered probe meaning it does not cause electrolysis in the cooling system. The probe also features broken wire detection which sounds the alarm if the wire to the probe is broken.
Another feature is the Anti-slosh delay; if the radiator is not quite full and coolant sloshes around, the LED flashes after half of a second, however the beeper will not sound for three to four seconds meaning there is a visual remainder but no on-going irritating alarm if there is a slightly low coolant level due to a slow leak or older vehicles with no expansion tank.
The LCA also has a self-test feature whenever the ignition is turned on, to give drivers peace of mind that their alarm is fully functional. 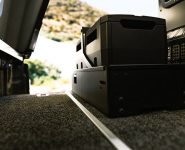 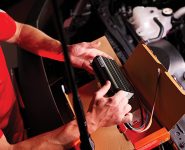 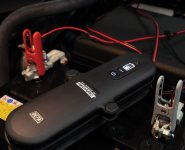 ARE YOUR CUSTOMERS CHARGED AND READY FOR THE ROAD? 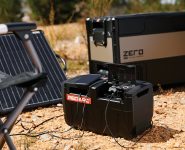