Bendix has signed up as an official supporter of Planet Ark’s Seedling Bank, an initiative of Planet Ark’s flagship campaign, National Tree Day.
The Seedling Bank provides funding for native seedlings to community groups and schools nationwide.
As an official supporter of the Seedling Bank, Bendix is significantly extending its environmental credentials.
Under the program, groups apply for funding to purchase native seedlings from local nurseries to help restore and enhance our unique Australian landscape with new native trees, scrubs and grasses across the country.
Planet Ark is Australia’s leading not-for-profit environmental behaviour change organisation uniting governments, businesses, schools and individuals through positive environmental actions.
Initiated in 1996, Planet Ark’s National Tree Day is Australia’s largest community tree-planting and nature care event.
Planet Ark launched the Seedling Bank in 2019 to provide communities and organisations with access to native seedlings to plant as part of National Tree Day activities.
So far, the program has awarded grants to 47 community and school groups providing them with access to 28,000 seedlings to be planted at sites across Australia.
Bendix is now fully committed to the program as an official supporter.
“The support we are providing to Planet Ark’s Seedling Bank along with a host of our other internal environmental initiatives we are undertaking, is an important part of our program and further strengthens our mission as a strong environmentally conscious company,” FMP Group (Australia) Pty Ltd (Bendix) General Manager, George Kyriakopoulos, said.
“Planet Ark’s Seedling Bank is a program that we fully endorse in efforts to reduce carbon emissions and protect our endangered environment.”
In 2019, Plant Ark’s National Tree Planting Day volunteers planted 701,000 trees across more than 2,100 planting sites nationally bringing the total number of trees planted through the program to more than 26 million since 1996. The Seedling Bank is a fantastic initiative to ensure that these numbers continue to grow.
“We are thrilled to be bringing Bendix into the fold as an official supporter of Planet Ark’s Seedling Bank program,” National Tree Day Campaign Manager, Simone Horder, said.
“With their support we will continue helping Australian communities around the country get native seedlings in the ground where they are needed most.”

For more from Bendix, visit www.bendix.com.au 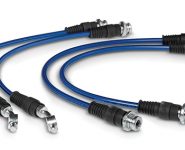 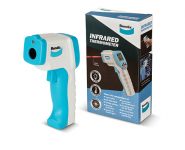 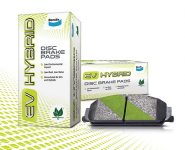 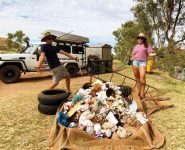