It has been said time and time again that motorsport is the ultimate test bed for automotive development, and you will be hard pressed to find a racing test much more gruelling than the 24-hour race at the Nürburgring.
It is agreed widely in the industry that the Nürburgring is probably not comparable with any other race in the world, with many stating that no race track is more challenging than the “Green Hell.”
Nowhere else do as many vehicles start as here. Nowhere else can you find such extreme weather events as here in the Vulkaneifel region. And no other race in the world writes as many stories as the legendary Eifel race. They are stories of boundless passion and absolute dedication.
One such story unfolded recently for the Bilstein-driven Haupt Racing Team (HRT).
On the Thursday evening of the event, two and a half hours into night qualifying for the 2020 24-hour race, the Number 2 Bilstein-wrapped Mercedes-AMG GT3 of the newly formed HRT suffered heavy damage not long after Nico Bastain set one of the fastest laps of the session before handing over to co-driver, Yelmer Buurman.
Thankfully Yelmer was unhurt; however the same could not be said for the GT3 which had crashed into a guard rail after control was lost on a wet track on one of the fastest sections of the Nordschleife.

At first it seemed the journey had come to a premature end for the HRT outfit, however instead Bilstein and its team ensured this was not to be the case despite the entire paddock agreeing it seemed the race had already claimed its first prominent victim.
A new Bilstein livery order was rushed overnight to HRT while a whole new race began in the Bilstein motorsport truck on-track.
While they awaited the chance to examine the damaged GT3, Bilstein Head of Motorsports Road Racing Engineering, Daniel Pitsch, and his team were left considering which nuances still had to be adjusted so that Bilstein’s technology would again be two seconds faster on the Nordschleife than the competition and questioning what has possibly broken down and needing to be repaired.
Amazingly, despite the crash occurring at more than 200km/h, only one Bilstein Evo RT had “conked out” and for Daniel, this was not too much of a surprise.
“Our new Bilstein Evo R shock absorbers have very high strength, making them very stable,” Daniel said.
“And this despite the fact that we placed great emphasis on weight optimisation during development.”
When it comes to performance, Daniel says the brand-new Evo RT shock absorbers are beyond reproach anyway.

“Hydraulically and technically, we are also using the proven Bilstein principle for our new five-way system: large areas and low pressures for maximum performance,” Daniel said.
And so, the technicians got to work in the Bilstein motorsport truck, quickly building new shock absorbers for the Bilstein GT3.
On the other side of the street in Meuspath, the phones were also running hot and the tools were being used at the speed of light, because a new chassis from Affalterbach was organised and brought to the workshop by “night jump.”
In record time, the still usable components of the damaged vehicle were installed and the replacement livery affixed on the vehicle with many helping hands during the following day.
It was a night in which technology partner Bilstein and racing team HRT become one unit, ready to re-join the running by Friday afternoon after 14 hours of tireless teamwork in a move many thought impossible.
Nico Bastian took the wheel for the return to the track, completing the first functional test and completing important set-up during the first top qualifying session.
A qualifying position of 20th was recorded, although the Number 2 still laid claim to the fifth fastest time for the event overall.

After the HRT mechanics had fought so sacrificially for their comeback, it was up to the drivers Nico, Yulmer, Hubert Haupt and Phillip Ellis on Saturday to do the same and make up ground. And they did so in an impressive way.
In the first third of the race, they conquered place after place before an interruption of the race due to bad weather stopped their progress.
After this interruption of the race in the night from Saturday to Sunday, the Mercedes-AMG in Bilstein colours resumed the race in the morning in eleventh place.
By the end of the race, the team had fought its way into the top 10 and finished the 24-hour race at the Nürburgring 2020 in ninth place.
Not surprisingly, Bilstein reflects on this race as a comeback that will probably be talked about “on the ring” for many years to come.

For more from Bilstein, visit www.bilstein.com.au 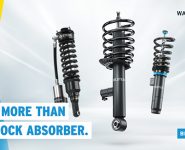 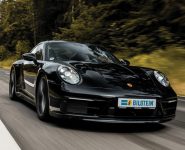 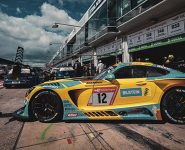 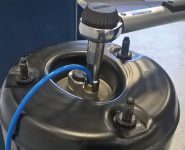