The performance of modern brake systems is being continuously improved while the reaction times of ABS and ESP are getting faster and faster.
As a developer of modern vehicle safety systems, Bosch says it also focuses on the brake fluids used.
With ENV6, Bosch says it provides a particularly powerful and reliable brake fluid meeting the growing demands of modern and future brake systems.
A unique combination of characteristics: low viscosity and high wet boiling point
Bosch says ENV6 stands out for being the first brake fluid ever developed to combine both a very low viscosity – ie: very high fluidity – and a very high wet boiling point in comparison with conventional brake fluids.
The lower the viscosity, the shorter the reaction times of ESP systems, for instance, while the high wet boiling point reduces the risk of formation of vapor bubbles – the main cause of brake failure.
So far, Bosch says this combination of both of these features is absolutely unique and makes ENV6 particularly reliable and safe.
As a result, Bosch says ENV6 can be used to replace several different brake fluids such as DOT3, DOT4 or DOT5.1; stating that only “very rarely used brake fluids based on mineral oils (LHM) or containing silicones (DOT5)” are the only ones not compatible.
Significantly increased replacement intervals
Bosch says that thanks to its very good technical characteristics, the replacement intervals of this high-performance brake fluid have been significantly increased as well.
It states that while standard DOT4 brake fluids need to be replaced every two years, the ENV6 replacement interval comprises three years.
Bosch explains that its high lubricity prevents noises and protects the brake system against wear and corrosion. At the workshop, ENV6 can thus be used to replace several different conventional brake fluids.
Bosch says this reduces the risk of filling the brake system with inappropriate brake fluids or mixing different ones and also reduces the required storage space at the workshops.
Bosch supplies ENV6 in 500ml bottles in Australia. Distributors include Stopmaster, CoolDrive Auto Parts, Burson Auto Parts, Specialised Brake and Clutch, Fry Auto Parts and Automotive Superstore. 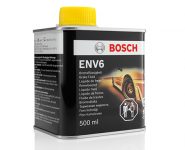 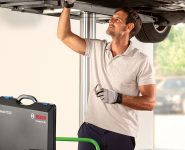 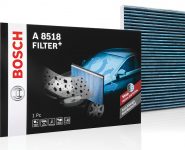 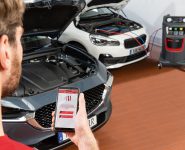