The one major drawback of brake fluid though is that due to its chemical composition, it absorbs moisture.
This can be moisture from the air (via the breather hole in the master cylinder cap) or via the rubber hosing. The more moisture in the brake fluid, the lower the boiling point. AutoTest explains that this increases the risk of “brake fade.”
Under heavy driving conditions – such as towing, or on steep, winding roads or stop-start braking at high speeds – brake fluid boils, turns to vapour, and the brake pedal goes straight to the floor with no braking action. This is known as “vapour-lock.”
If the police are called to such an accident, unless they test the boiling point of the brake fluid, all will appear normal: the brake fluid will have cooled back down, the brake pedal will feel firm, and the driver, having previously been unable to stop, will be faced with some serious questions.
Brake fluid is a safety-critical item, but how many drivers know or ever ask to get their brake fluid checked? They know about their oil and windscreen washer fluid, but brake fluid has been largely ignored by both the vehicle manufacturers and garages.
So how do you test for moisture in brake fluid? AutoTest says the only approved way is to boil it.
On the back of every bottle of brake fluid is a chart showing the “dry” (uncontaminated), and “wet” (contaminated) boiling points of all the various grades of brake fluid.
Brake fluid manufacturers use what’s called an ERBP (Equilibrium Reflux Boiling Point) test to determine the boiling point of brake fluid. In a lab this can take hours to set up and complete.
AutoTest says its Brake Fluid tester is designed to test the boiling point of the fluid in the car in less than 30 seconds, with digital accuracy.
AutoTest says it works on all grades of brake fluid and shows clearly what the fluid has boiled at, and what the DOT minimums are for each, making the fluid change decision easy for the technician and the customer.
Once the brake fluid has been changed, garages can offer to re-test the brake fluid using the Autotest Brake fluid tester, to clearly show the improved results on the new fluid.
Consumers should also be aware that new brake fluid from a sealed bottle must be used for every brake change. There have been cases where brake fluid has been left in an opened bottle, effectively making the “new” fluid as contaminated as the old.
AutoTest says brake fluid testing should be part of an annual inspection. As a safety-critical item, it says it is surprising that it remains largely ignored by many inspection regimes. 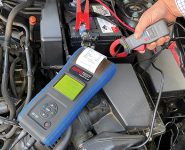 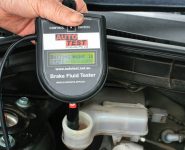 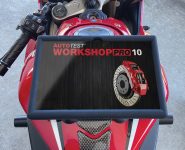 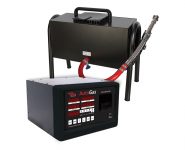