How safe is safe? SafeTstop says this question brought about a landmark study into current brake safety testing.
With assistance from the Federal Government, SafeTstop commissioned the University of Adelaide to put current testing protocols under the microscope.
“This is the first independent study into brake testing methods in 30 years, and it showed local standards to be grossly outdated,” SafeTstop Managing Director, Richard Gartner, said.
“Across Australia and New Zealand, passenger vehicles require only rudimentary stopping abilities to be considered roadworthy.
“Current safety testing is inadequate to find brake faults in our cars. The study found a vehicle would pass with a brake fault that would increase stopping distances by up to 75 percent (or 20 meters when travelling at 80 km/hour). 20 meters is the difference between life, serious injury, or death.”
It states faulty brakes can be detected, but they are not required to be, and haphazard brake testing is administered by a fractured system with little uniformity across jurisdictions.
“Mechanical workshops and dealerships use outdated technology leading to motorists being misled about the safety of their cars. Technology has advanced, and testing is available that can be done in seconds, identifying faulty brakes.” Richard said.
For the study, a common passenger vehicle was modified to allow exact adjustment of brake pressure to individual wheels, with sensors to validate those adjustments. Ten different adjustments were made, imitating the effects of common brake faults.
A baseline comparison for the study was a stopping distance test conducted with state-of-the-art measuring equipment, and measurements in the study were audited by the National Measurement Institute.

The SafeTstop plate brake tester identified and measured reductions in brake performance in all ten situations. The other methods tested were the roller brake tester (equipment provided by the SA government for his study) and a decelerometer (brand new and calibrated). In some situations, SafeTstop says this equipment either falsely passed or falsely failed a brake test.
SafeTstop says it was shown in the stopping distance test, that a vehicle travelling at 80 km/h will take up to 70 percent longer to stop – a frightening 20 meters – before it fails regulatory brake tests.
With the rear brakes not functioning at all, and the front reduced by 33 percent pressure, this scenario was the only one to fail a roadworthy test with the declerometer with all others passing.
SafeTstop says the roller tester struggled to measure deceleration and only identified brake imbalance on the rear axle (not the front axle), stating it cannot measure front to rear brake bias.

With smaller adjustments, the SafeTstop reportedly identified the problem consistently and accurately.
In the case of a 34 percent brake pressure reduction to one front wheel, the test vehicle took 21 percent longer to stop (5.8 meters) from 80 km/h.
SafeTstop says these faults would endanger lives but would still pass roadworthy/registration requirements with the other two test methods, stating these findings are very alarming when applied to what happens on our roads.
Brakes may have electronic systems that support or enhance their performance, but SafeTstop says the basic mechanical processes have not changed for decades; they will remain the same when our cars become more autonomous.
SafeTstop explained it will be taking this report to governing bodies and motoring and safety groups across Australia to bring about improved brake testing in Australia, and safer roads as a result.

The full report is available to read at http://casr.adelaide.edu.au/publications/list/?id=1915

For more from SafeTstop, visit www.safetstop.com

Previous: AIC CELEBRATES FIRST ANNIVERSARY
Next: ZF AND SACHS: “MOTORSPORT IS IN OUR DNA” 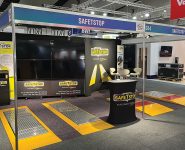 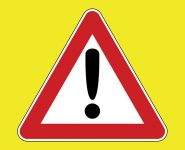