BURSON AUTO PARTS DOUBLES UP IN 2021

Highly experienced former Supercar race winner and Bathurst 1000 champion Jason Bargwanna will compete in the Burson Auto Parts Racing Peugeot 308 TCR, while his son Ben will make his TCR Australia Championship debut in a uniquely liveried second Burson Auto Parts Racing Peugeot 308 TCR, with both cars prepared and raced by Garry Rogers Motorsport.
This doubles up Burson Auto Parts’ motorsport-based marketing efforts together with supplier sponsors Dayco, Wesfil, Fuchs, Hella, Hella Pagid, Sachs, Bosch, and Premier Auto Trade.
“We have worked closely with Burson Auto Parts and together we have aligned our goals and I am very excited to expand to a two-car program for the 2021 season,” Jason said.
“Ben now makes the step to TCR and I am
so proud of him. From his first Kart race meeting at Gippsland Kart Club, as a 10-year-old,
when he spent every lap of his first race waving to mum and I as he drove past, to the day
the penny dropped and he realised what winning was all about, to watching him drive out of
pit lane in the Burson Auto Parts Peugeot at the pre-season test, really formed a lump in
the throat moment. He has grown into a
great young man – he clearly got that from his mother!
“It is surreal to think that together we will head out and tackle the top quality TCR Australia field this season. I guess the saying about the first person you want to beat is your teammate now takes on a whole new and deeply personal meaning! He is the one driver I would be proud to finish in second place to.”
The 2021 TCR Australia Championship will traverse the Eastern Seaboard across six championship rounds and one invitational event and kicked off with round one in Tasmania at the end of January.
“It is just awesome to be a part of the Burson Auto Parts Racing Team. I am so hungry for this that it hurts and driving the car for the first time was an amazing experience,” said Ben, speaking ahead of the first event.
“I make no assumptions of the size of the challenge I am facing with this, but with the support of Garry Rogers Motorsport and Burson Auto Parts, I will work harder than any driver in the field to make the most out of this fantastic opportunity.
“The first goal is to make the top ten, then to make the top five and race for the podium. I am focused on doing whatever it takes to win, including beating the old man!”
Burson Auto Parts General Manager, Marketing, Anthony Hughes is excited about doubling up on the track in this new and exciting 2021 TCR Australia Championship.
“Along with the impossible to miss Burson Auto Parts livery on Jason’s car, logos of more company owned brands will appear on Ben’s car throughout the season, reminding our valued customers and new customers of these quality Australian automotive aftermarket brands,” Anthony said.
Australia’s Burson Auto Parts is part of the country’s largest automotive aftermarket specialised company, Bapcor Limited.

To find out more about Burson Auto Parts, visit www.burson.com.au 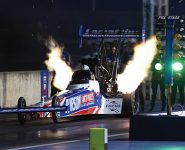 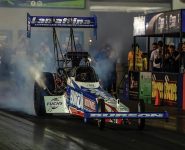 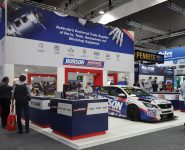 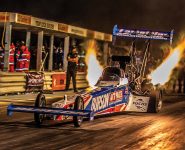