Including the benefits of its innovative ER² design

While OE vehicles come fitted with a standard clutch, Clutch Industries explains that if an engine is modified from standard to improve performance, or if the vehicle is under a higher strain than normal (such as carrying or towing heavy weight), an upgraded clutch might be needed.

Clamp Load
Clutch Industries explains that increasing the clamp load on the cover assembly is a common way to get more torque capacity from your clutch system. It involves increasing the load exerted by the diaphragm to clamp the clutch disc between the pressure plate and the flywheel. The amount of clamp increase is limited as this can make the clutch pedal feel heavy and put strain on the clutch actuation system (hydraulics or cable etc).

Friction Material
Changing the friction material on a clutch disc can increase the torque capacity and can improve the heat properties.
Common clutch disc materials include Organic, Aramid and Cerametallic/Ceramic.

Increasing surface area
Increasing the size or the surface area of a clutch increases the torque capacity of the system, however unlike brakes, you’re generally not able to simply install a larger clutch. Clutch Industries explains there are two methods that are used by performance clutch manufacturers to increase the surface area: multiple plates, and its ER² design, as described below.

Multiple Plates
Installing a twin or triple plate clutch system in most cases can be done without modifying the bellhousing and can double or triple the torque capacity without a detriment to the drivability. The Mantic Track series by Clutch Industries has a range of twin and triple plate kits which feature several different plate and friction material options for applications from street to track. 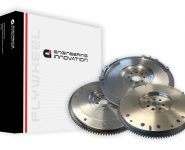 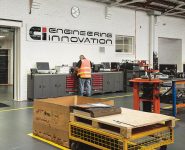 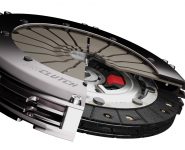 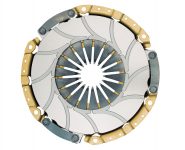