Penrite Racing Supercar driver David Reynolds was recently invited by DBA to drive two European vehicles back to back: one fitted with an OEM brake package and the other with a set of DBA Performance brake rotors and pads.
With over forty years of manufacturing experience, exporting to more than thirty countries worldwide including throughout Europe, DBA says it offers a proven alternative to brands people commonly associate with European cars.
DBA provides direct replacement brake components for a wide range of European brands including, but not limited to, Audi, Alfa Romeo, Citroen, BMW, Jaguar, Land Rover, Range Rover, Mercedes, Porsche, Volvo, and Volkswagen.
Importantly, DBA says its parts can be easily fitted without a need to modify any components on the European vehicles, meaning they can be a straight swap for OEM. DBA also has a range of Enshield rotors to provide clean, rust free performance, OE style cross drilled and slotted rotors and slotted rotors that are designed to suit most European vehicles.
It is crucial to have trust and confidence in a car’s braking system to perform repeatedly and DBA says David discovered this in the DBA Performance package.
The two European cars were tested in two disciplines on the tarmac at Victoria’s Haunted Hills Hillclimb circuit.
The Bathurst winner took the cars to the track for a circuit braking test and reportedly found that the DBA components consistently performed better than the OEM parts. It is here that the experience of being a test driver and race driver is put to the test and David said that the function of a car’s braking system can be woefully under-estimated by drivers.
“Upgrading brakes can be the paramount thing to save your life,” David said.
During the punishing circuit tests, David reportedly noticed that the OEM equipment did not have as much bite and response to the brake pedal, more pedal pressure was required, and the car’s anti-lock braking system (ABS) was noticeably more engaged as a result.
In comparison, when driving the car that had been upgraded to DBA’s equipment, David immediately noticed the bite and response of the pedal and observed that the brake fade exhibited in the OEM car was not felt in the DBA car, and the ABS was virtually nil in its usage.
In a series of braking distance tests, stopping 15 times from 100kph to 0kph, David found that the DBA package immediately pulled up in a significantly shorter distance than the OEM parts. The first test had the DBA setup stop in two metres less than the factory fitted setup. By the half-way mark, his tests showed the OEM’s braking distance had blown out to over four metres. By test 15, the final test, the gap had increased to over five metres, with the OEM displaying a clear fade in grip and stopping power compared to the DBA setup.
At the end of the testing sessions, David reiterated that the DBA equipment as supplied and fitted outperformed the OEM package in performance and stopping distance.
Stopping distance is critical for both road vehicles where every meter may be the difference between stopping quickly or having a serious accident, through to performance applications where repeated performance matters.
DBA says it provides better value and performance, stating that David Reynolds’ expectations were exceeded and he confirmed that DBA “Does Euro Brakes Better.” 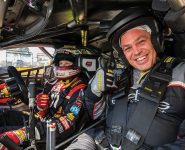 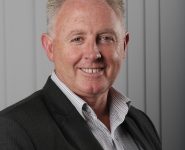 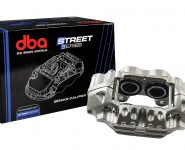 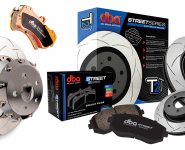