Since its founding in 1941, the family-owned company says it has developed into the world’s leading filtration expert, providing employment for around 22,000 people at more than 80 locations.
The Ludwigsburg-based group develops filtration solutions for vehicles, industrial applications, and clean air in indoor and outdoor spaces as well as for the sustainable use of water. Products include, amongst others, air filter systems, intake systems, liquid filters, technical plastic parts, filter media, cabin filters, industrial filters and membranes for water filtration, sewage treatment and process applications.
“We owe our continued success mainly to our reliability, continuity and identification as a family-owned company,” Chairman of the MANN+HUMMEL Supervisory Board, Thomas Fischer, said.
“As Chairman of the Supervisory Board and grandson of one of the founders, Adolf Mann, I am very proud to be able to continue the legacy that he and Dr Erich Hummel started in 1941, along with dedicated employees.”
The planned festivities for the big event had to be rescheduled due to the Corona pandemic. Instead, there will be individual and partly digital activities for employees at the sites worldwide. The company has also designed a booklet documenting the milestones in the company’s history.

Filtration in the early years: a brave step
When company founders Adolf Mann and Dr Erich Hummel established the “Filterwerk Mann + Hummel” in 1941, both could already look back on successful careers.
One was a mathematics teacher, the other a lawyer, and in the 1920s, they had both made careers at the traditional Stuttgart textile manufacturer, Bleyle.
In the 1940s, the dedicated businesspersons took a brave step to enter filter production in order to save the jobs of their employees: taking over the production of oil and air filters from the Stuttgart-based piston manufacturer Mahle, initially in contract manufacturing and later completely, they founded the filter plant in 1941. Thus MANN+HUMMEL was born.
A characteristic feature of the founders’ ambitions was the intensive research and testing activity that began immediately after the purchase. With foresight, Adolf Mann wrote in 1942 in the company newspaper “Der Herold” that the filter product had a future in a field “in which there will be no lack of tasks in war and in peace.”

80 years later: MANN+HUMMEL purposefully pursues its vision of “Leadership in Filtration”
Adolf Mann was to be proven right with his statement. In 2019, almost eight decades after its founding, the globally active filtration specialist announced the highest sales revenue in the company’s history at EUR 4.2 billion – despite increasingly challenging conditions resulting from, among other things, mobility change, environmental and climate awareness, digitalisation and political shifts.
“In the course of my 20 years with the company, I have become familiar with all areas of MANN+HUMMEL. What impresses me most are the people who, even under challenging circumstances, work every day with great commitment to our common goals”, MANN+HUMMEL President and Chief Executive Officer, Kurk Wilks, said.
With the development of antiviral air purifiers, MANN+HUMMEL is currently helping to contain the spread of the coronavirus with its filtration technology. The devices filter the SARS-CoV-2 virus, flu, and cold viruses, as well as free allergens from the air.
“We see our core competence of filtration as a key technology that can make a lasting and decisive contribution to cleaner mobility, cleaner water and cleaner air,” said Fischer.
“The primary goal here is to secure the company’s future viability while at the same time expanding our market leadership in filtration.”
Recently, the company has also been expanding its expertise in growth markets worldwide with various acquisitions including Hardy Filtration (2019), a Canadian air filtration company; the takeover of parts of Seccua Holding AG (2019) which specialises in the development and production of ultrafiltration systems for drinking water treatment; and the acquisition of helsa Functional Coating (2020), through which the portfolio was supplemented mainly in molecular filtration and elastomer and activated carbon technology for special industrial applications. 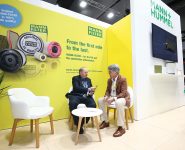 LEADING FROM THE TOP WITH PASSION 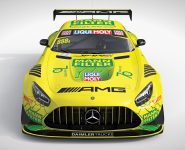 MANN-FILTER STARTS AT THE BATHURST 12 HOUR 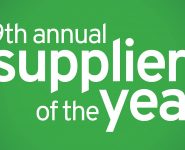 MANN+HUMMEL NAMED A SUPPLIER OF THE YEAR FOR GM 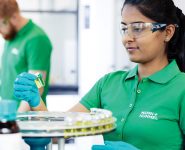 A LEADING COMMITMENT TO R&D