EVUp explains that transport emissions are linked to 1,715 Australian and 399 New Zealand premature deaths each year; more than the annual accident road toll but without any of the prevention campaigns.
These deaths are due to particulate matter released from internal combustion engine (ICE) vehicles, including tiny airborne particles which get into lungs and the bloodstream and cause health issues like asthma and lung cancer.
For our children in particular, EVUp – which is
the proud co-founder of the Idle Off Project, (idleoff.com.au) a free online resource for school students to identify and mitigate the effect of idling vehicles on their health – says the health impacts of transport emissions rank higher as a risk factor for disease than exposure to passive smoking.
Are electric vehicles the answer?
While there’s no such thing as a zero-emission vehicle, EVUp says EVs present a significant opportunity to reduce both tailpipe and fuel supply chain emissions when powered by renewable energy.
It is estimated that the manufacture of an EV produces around 10 percent more emissions than an ICE vehicle, however this carbon cost is more than offset over the course of the EV lifespan.
Given the health risks, the greatest benefit of EVs is the removal of tailpipe emissions on our roads, around our schools, parks, playgrounds and communities.
To illustrate this, recent images of cleaner air over our cities due to the pandemic lockdown has given us a glimpse into what an electrified transport future could look like.

EVs: one part of an overall solution
Despite the benefits of electric vehicles, EVUp says the real solution is to reduce the number of vehicles on the road overall.
The electrification of buses and the uptake of personalised electric transport such as scooters or bikes – and the infrastructure required to safely travel on and charge up at – is key to this.
A full electric bus can take 40 cars off the road and EVUp says the efficacy of electric public transport has been demonstrated in the Chinese city of Shenzhen which has a fleet of 16,000 electric buses to help move 12 million people.
An autonomous vehicle future?
Imagine a household of four people who each need a car to get around. A single autonomous vehicle has the ability to ‘taxi’ each person to their destination before returning home to collect the next member of the household.
While this might seem like a distant pipedream, autonomous passenger EVs should reduce the number of vehicles on our roads. EV disruptor Tesla has already enabled early adopter autonomous driving technology in some vehicles, however legal and regulatory frameworks will be the bottleneck to fully developing this technology.
Overall, EVUp says rapidly evolving and innovative EV technology being developed worldwide will gradually decarbonise both passenger and commercial transport.
Combined with charging infrastructure that’s powered by renewable energy, EVUp says our electric transport future will help us achieve cleaner cities and a brighter, healthier future.

For more information about EV charging infrastructure and e-fleet consulting, EVUp invites you to contact its Project Lead, Jack Shaddock, at jack@evup.com.au 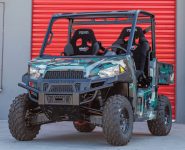 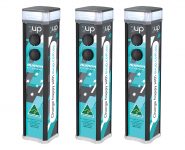 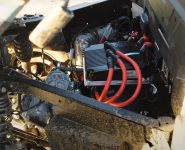