What’s the difference, and why you should care

Vehicle Manufacturers spend many millions of dollars and countless hours of testing and validation in the development of ever more technologically advanced engines.
Many of these advancements are driven by the need to meet increasingly more stringent emissions standards, better fuel efficiency targets, longer and longer service intervals as well as the demands and reliability expectations of consumers.
It is little wonder then that Original Equipment Manufacturers (OEM) have each introduced a proliferation of exacting and extremely specific oil specifications – unique to themselves. The days of being able to get by just from using an oil of the right viscosity are long gone.

Meet the myth
Whenever an OEM develops a new formulation in conjunction with their oil partner, they make the specifications available to the broader market so that independent oil blenders and manufacturers can then formulate their own oil that meets the specification – that’s where ‘Meets or Exceeds the specification’ comes from.
However, aftermarket lubricant manufacturers are not required to secure any explicit acknowledgment, sanction or approval from an OEM to make the claim their product “meets or exceeds” a particular standard. Nor is there any Australian standard, or peak body that independently issues compliance verification.
Once you understand what’s involved in verifying an oil meets the factory specification – you start to wonder, how are the independents actually testing each and every individual oil? How exactly are they verifying compliance?

Factory approved
With an increasing array of varying quality base stocks being introduced into the marketplace, many of the world’s carmakers have realised the need to run specific approval programs.
The OEMs are inherently reluctant to officially endorse any product they haven’t properly tested and approved – especially something as finely engineered as an engine oil.
That’s why securing an OEM Approval is a very expensive and laborious process – it’s a much tougher benchmark to meet. To gain approval, an oil is submitted to the individual OEM, who conducts an exhaustive certification process that includes extensive testing of wear-and-tear, distribution on moving metal-to-metal parts, exhaust emissions, oxidation, fuel economy, heat stress stability, and so on.
All in all, that’s about 600 gruelling hours of continued, real-world use, across multiple engines simultaneously – which is why it’s such an expensive process. There is no ‘blanket approval’ for a brand, this verification process is just for one specific oil, against one specific specification.

Buyer beware
You will find many brands that have not secured OEM Approvals will sometimes use clever, or misleading language and labelling practices that, at a glance, indicates their non-compliant lubricant has OEM Approval. The buyer needs to beware and read the supplied information very carefully. Any lubricant that has OEM Approval is clearly marked in a very specific way.

Why does it matter?
Anybody who owns a new Ford Ranger and is not using the correct specification lubricants are likely to know first-hand why it matters.
In this particular application, non-compliant oil has been traced back to a litany of issues, from oil pump damage and injector failure to problems with the EGR cooler as well as DPF operation. It is all about the lubricant’s additives package, which can represent up to 30 percent of an oil – and by far the oil’s most expensive component.
How these additives interact with the increasingly complex systems found in modern engines is at the core of any OEM specification. Even two lubricants from the same brand, of the same viscosity, both carrying very similar approvals from the same OEM, may be subtly different to the point that prevents them from being interchangeable.
The risk is poor performance, increased emissions along with premature wear, increased maintenance costs and possibly engine damage.
The OEMs spend a lot of money and go to extraordinary lengths testing and developing specific lubricants and highly specialised specifications. After all, it’s their hard-earned reputation on the line.
Mobil 1 says the only way to know the oil being poured into an engine will perform as necessary is to use an oil the OEM has tested and approved. It states using OEM Approved lubricants protects businesses and end users from purchasing lubricants with incorrect or misleading specification and performance claims.
Mobil 1 and Mobil Super say they are proud to carry more OEM Approvals than any other lubricant brand sold in Australia.
The OEM Approvals for every Mobil lubricant sold in Australia are listed on the individual Product Data Sheet (PDS) which can be found on the www.exxonmobil.com website.
Mobil 1 warns you to keep in mind that the manufacturer’s standard is the minimum specification, not the maximum; stating that premium products such as Mobil 1 routinely far exceed any standard during independent, real-world testing.

For more from Mobil 1, visit m1oils.com.au 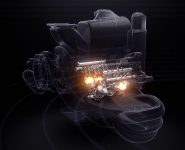 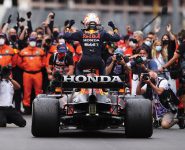