Today’s tougher governmental regulations mean fuel systems have to be more efficient.
These stringent standards have led to the use of High Pressure Common Rail (HPCR) fuel injection systems which require ultra-clean fuel. HPCR systems are more susceptible to damage by contaminants because of smaller component clearances, meaning that clean fuel is more important than ever.
Cummins explains that Nanofiber media is the latest technology in filtration. The nanofibers woven into the media help capture and retain contaminants more efficiently, reportedly improving performance by up to 13 times that of standard filters.
Unlike traditional media, Cummins says NanoNet media contains no cellulose and is essentially waterproof with a unique composition which will not become waterlogged, and unlike conventional filters, provides the structural integrity needed for a high level of performance throughout filter life.
Under real world operating conditions, Cummins says NanoNet has been proven to provide the ultimate protection for high-pressure common rail fuel systems by eliminating wear-causing contamination and maximising the life of the fuel injection components. It says this substantially improves the reliability of the engine fuel system to reduce downtime and maintenance costs.
With 100 percent synthetic NanoNet media that is engineered to last, Cummins says Fleetguard filters have become “the superior choice,” especially in challenging environments.
It says the technology is the best at keeping injectors cleaner and optimising fuel atomisation for more complete combustion; and states NanoNet fully protects injectors against the release of particles during engine vibration and fuel surge.
As part of Cummins Inc, Cummins Filtration has developed proprietary tests in addition to industry standard testing to evaluate fuel filtration, even in the most adverse conditions.
NanoNet media works to remove particles with high efficiency and then retains the particles, even during flow surge and vibration during operating conditions. The testing has led to the development of greatly improved particle removal and retention under both static and transient conditions.
Cummins Filtration says it raises the bar by going above and beyond industry requirements, exceeding standards and setting new levels of performance. It says other manufacturers make claims about their filters and base those claims on results from relatively easy tests that do not simulate real world operating conditions. Cummins Filtration states it utilises a vast array of customised rig-tests, engine test cells and real world on/off Highway fleets to test and prove Fleetguard products under the harshest conditions, with proven field results setting NanoNet media apart from the competition. 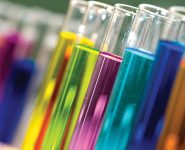