Gates Australia as part of the Gates Corporation, a leading global provider of application-specific fluid power and power transmission solutions, celebrated the company’s 110-year anniversary in October.
The Gates Corporation traces its origins to 1911, when Charles Gates Sr bought the Colorado Tire and Leather Company in Denver, Colorado.
Gates had originally headed west in 1904 after graduating from the Michigan College of Mining and Technology. He took a job as a mining superintendent near Tin Cup, Colorado, but upon hearing of a gold strike in Nevada, he headed there and was hired as a mine engineer for the Nevada United Mines Company.
In 1910, he settled in Denver, married, and started looking for a business to buy. The Denver Post’s classifieds listed three companies for sale: a manufacturer of soap, a manufacturer of toilet paper, and a mail order company that sold tyre covers. Charles, age 33, and his wife Hazel, bought the Colorado Tire and Leather Company for their entire combined savings of $3,500.
By 1914, a new material was being introduced into many products – rubber – and it was the perfect material for car tyres, belts, and hoses because of its flexibility, adhesion, and durability.
Gates abandoned leather tyre covers and embraced the new technology, introducing retreads made of fabric and rubber.
This was only the start of things to come. Over the next few years, Gates introduced other new products, including inventing the first v-belt, car fan belts, blowout patches, and emergency boots for tyres. Gates went on to introduce countless other innovations in power transmission and fluid power that have impacted virtually every industry.
Over a century later, Gates still calls Denver home, but that small family-owned business has grown into a global leader in power transmission and fluid power products, services, and solutions, with more than 15,000 employees and over 100 locations in 30 countries.
Gates says a lot has changed over the last hundred years, but one thing hasn’t, stating it remains dedicated to moving the world forward.
Established in 1987 from a one-man office, today Gates Australia Pty Ltd operates out of its Dandenong South, Victoria head office and distribution centre and is a leader in power transmission and fluid power products in the Australia and New Zealand markets.
October 2021 is a milestone birthday for Gates and as part of the anniversary, Gates Corporation held a storytelling campaign among its employees in which Gates team members were encouraged to nominate their coworkers for giving 110 percent in support of one of the company’s five core values – collaboration, accountability, tenacity, curiosity or dedication – and share their story.
The best stories received prizes and recognition as examples of each employee’s dedication and contribution to the company and its incredible history. Gates received approximately 1,000 story nominations worldwide.
Unfortunately, under current COVID lockdown restrictions in parts of Australia and New Zealand, staff were not able to come together to mark this occasion as a team, so instead all Gates Australia and New Zealand employees received at home a Gates 110 year ‘smash’ cake to celebrate with their family and friends.
Gates Australia says it would like to acknowledge all its long-standing relationships with customers, distributors and suppliers in Australia and New Zealand, thanking them for their support over Gates’ long history in the region and looking forward to developing and building on these relationships into the future.
Gates Australia says it is proud and excited to honor the company’s long-standing history while looking towards the future. 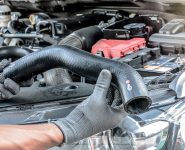 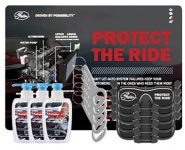 BELTED UP FOR A DYNAMIC FUTURE