The new Midas Auto Centre in Mackay is located at 39 Milton Street, Mackay

One of the newest additions to the ever-growing Midas Auto Care store network, Midas Mackay (QLD) was officially opened on January 19, 2021 by the Member for Dawson, Mr George Christensen MP.
Flanked by Midas Mackay franchisees and well-known Mackay automotive repair specialists, Brendon and Faith Lett, the Mackay born MP had the honour of cutting the ceremonial opening ribbon to this modern, conveniently located and well-equipped Midas store.
Mr Christensen, who also resides in Mackay, took the time to discuss issues relating to the automotive repair and servicing industry during his visit.
These included the Mandatory Data Sharing Code draft legislation, gaining Brendon and Faith’s insights on how important this legislation is to independent repairers such as them along with the entire Midas Auto Care store network.

Once this legislation is passed by Federal Parliament, vehicle manufacturers will be legally bound to share vehicle repair and servicing
data with independent repairers on fair and
equal terms, ensuring a major win-win scenario for repairers, but more importantly for consumers.
The Letts’ also used this opportunity to raise their concerns about the number of unroadworthy cars on Queensland’s roads.
To this end, they discussed the implementation of regular roadworthy inspections for the state directly with Mr Christensen.
They, along with all at Midas, believe that regular roadworthy inspections will not only make our roads safer for everyone to drive on, but this can also create more automotive industry jobs in the sunshine state and across the country.
The new Midas Auto Centre in Mackay is located at 39 Milton Street, Mackay. You can contact the Midas Mackay team by calling 07 4818 0893.

For more from Midas, visit www.midas.com.au 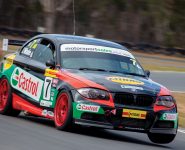 MIDAS IPSWICH IS OPEN FOR BUSINESS