In the last decade, sales of diesel vehicles in Australia have experienced exponential growth

To clean up the harmful exhaust soot emissions inherent with all diesels, many of these vehicles are fitted with a Diesel Particulate Filter – or DPF.
These DPFs collect 99 percent of all the soot and other small particulate matter from the exhaust, then burn it off by regenerating under certain conditions.
Unfortunately, many owners new to the world of diesel vehicles have not been educated in the operation of the DPF and how to look after it, such as the 80km/h freeway drive for around 20 minutes – once a week.
As such, issues with DPF-equipped vehicles that only see short, stop-start, urban driving are very common – most notably blocked DPFs that will not self-regenerate.
What’s not so well known, is that for the same reasons, Fuel Vapour Valves (fuel vapouriser system) also suffer the same issues.
To get the DPF up to the 600 degrees Celsius necessary for regeneration, the Fuel Vapour Valve (FVV) atomises and injects a small amount of diesel fuel into the DPF.
The FVV’s in-built glow plug ignites this vapour to generate the necessary high heat.
With the FVV operating in extremely harsh conditions, it’s quite susceptible to failure. Most commonly, its small outlet orifice becomes blocked.
This slowly reduces the amount of fuel injected into the system, to the point where insufficient heat is produced for regeneration to occur.
While some vehicles do present a dedicated FVV fault code, in other vehicles a failed FVV can throw a host of different codes.
Therefore, the FVV should always be checked when dealing with any issues associated with the DPF and its operating system.
In rare cases, some FVVs can be cleaned, however replacement is recommended to avoid any further issues.
Goss offers a range of direct-replacement Fuel Vapour Valves for most of the popular diesel vehicles found on Australian roads.
Goss says you can check the easy-to-use vehicle application guide on the Goss website for the full listing. It states that as part of its expanding range of vehicle mechatronics, sourced from the world’s leading OES and AM suppliers, its FVVs will provide you and your customers with the genuine alternative. 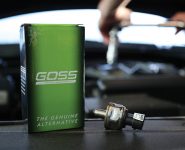 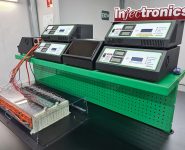 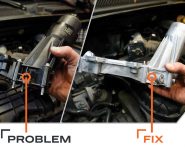 GET TO KNOW DORMAN 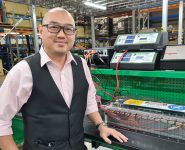