The ACAD division covers a range of well-known aftermarket brands

GUD Holdings has acquired AMA Group’s Automotive Components and Accessories Division (ACAD) and is reportedly now sourcing the required funding.
The Australian Financial Review (AFR) reports that the deal, which was first revealed by the paper on November 17 and confirmed on November 19, will see GUD take ownership of almost all of the ACAD businesses.
That includes East Coast Bullbars, CSM Service Bodies, Automotive Electrical and 4WD Accessories, Uneek 4×4/Barden Fabrications and NZ aftermarket accessories maker, Fully Equipped.
AFR reports that AMA will retain car component remanufacturing business, FluidDrive, and is also not selling its ACM Auto Parts business.
In the AFR report, it is noted that GUD is seeking $70 million to finance the acquisition, via a $55 million fully underwritten placement and a $15 million share purchase plan.
AFR reporters stated that the final placement price would be determined by a bookbuild – overseen by Macquarie Capital – from a floor price of $10.75, a 9.1 percent discount to GUD’s last close.
Reports explain that GUD has bought ACAD for an enterprise value of $70 million, and states the division was forecast to achieve $83.4 million revenue and $9.2 million EBITA in fiscal 2021.
ACAD manufactures and distributes a wide range of automotive products in both Australia and New Zealand. 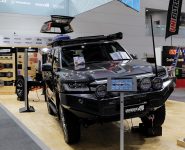 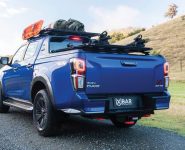 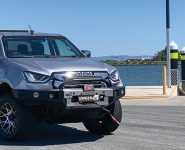 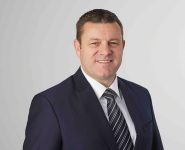