Importantly, the High Court confirmed that a casual employee is one who does not have a firm advance commitment to ongoing work, and that the assessment of this is governed by the terms of the employment contract and not by the conduct of the parties.

Background and the earlier Federal Court Decision
Mr Rossato was employed by WorkPac between 28 July 2014 until 9 April 2018 under six consecutive contracts.
Following the decision in WorkPac Pty Ltd v Skene [2018] FCAFC 131 (Skene), Mr Rossato claimed that he was not a casual employee and sought an order for payment of outstanding entitlements (annual leave, personal/carer’s leave, compassionate leave and public holidays), under the Fair Work Act 2009 (FW Act) and the applicable enterprise agreement (EA).
In response, WorkPac commenced proceedings seeking declarations that:
• Mr Rossato was a casual employee and not entitled to paid entitlements under the FW Act or EA.
• Alternatively, Mr Rossato’s pay included a casual loading which was in part paid in lieu of the entitlements and WorkPac was entitled to ‘set-off’ any amount owed to Mr Rossato in respect of those entitlements.
• Alternatively, WorkPac was entitled to restitution of the casual loading paid or the amount paid in excess of the permanent entitlements under the EA.
The Full Court of the Federal Court concluded that:
• Mr Rossato was not a casual employee and was entitled to the paid annual leave, personal/carer’s leave, compassionate leave and public holidays claimed.
• WorkPac had not made payments to Mr Rossato in discharge of his outstanding entitlements to paid annual leave, personal/carer’s leave, compassionate leave or public holidays and was not entitled to the “set-off” it claims.
• WorkPac was not entitled to restitution of the monies it claims, either on the basis of a failure of consideration or mistake.
The Full Court, influenced by the approach in Skene, determined that Mr Rossato was not a casual employee despite being employed and paid as such.
It reached this conclusion on the basis that his employment arrangements (including stable, regular, and predictable work) indicated a ‘firm advance commitment’. Employer Assist invites you to refer to its earlier articles on the decisions in Rossato and Skene for more information.

Casual Employment Contract
The High Court Rossato decision highlights the importance of having a contract in place for casual employees which supports the position that the employment relationship is not a firm advance commitment to continuing work beyond the completion of an assignment.
While employees may be able to convert from casual employment to future permanent employment where specified factors are met under the FW Act and/or applicable Award, it is none-the-less prudent to enter into a casual employment contract in the event a retrospective employment status claim is made.

Fair Work Act
A statutory definition of ‘casual employee’ was inserted into the FW Act after the Rossato decision but before the High Court Decision. This definition should also be taken into consideration when drafting an employment contract of casual employees.

This article is intended for information purposes only and should not be regarded as legal advice. Please contact Employer Assist for advice.

AAAA Member Benefits
If you require assistance, including the proper drafting of casual employment contracts, contact Employer Assist on 1300 735 306 or aaaa@employerassist.com.au 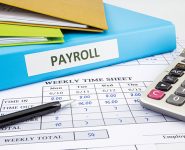 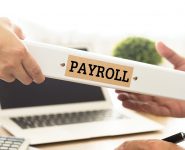 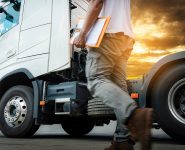 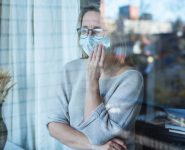