Griffith University Professor of Law, Leanne Wiseman, has been a long-time supporter of the AAAA in its fight for fair competition in the automobile aftermarket

Professor Wiseman has welcomed the recent passing through the House of Representatives of the mandatory data sharing legislation for which the AAAA has been campaigning for over a decade.
For more on the passing of this law through the lower house of Parliament, please see page 9 of this magazine.
A long-time ally of the AAAA in the fight for this legislation, Professor Wiseman is not only a highly respected law Professor, but also Associate Director of the Australian Centre for Intellectual Property in Agriculture (ACIPA).
She says the legislation will have wide-ranging impacts for not only the automotive industry, but also other vital Australian repair markets.
In fact, Professor Wiseman reports the positive flow-on effects of the legislation to other industries are already beginning to be seen as it has coincided with the ACCC’s recent final report on agricultural aftermarkets recommending the agricultural industry be included in the scheme before it is officially enacted.
“I have been working on intellectual property law in agriculture for the last 20 years, with the last 10 or so really focused on the issues arising from agricultural data (including more recently, the right to repair). This is because our farmers are unable to fix their $800k tractors as they simply do not have access to the software or the info they need, just like we have seen in in automotive,” Professor Wiseman explained.
“There are a lot of shared issues between the industries and the difficulties around Right to Repair are especially marked in the agricultural space as farmers are currently excluded from the protection of Australian Consumer Law because of the high cost of their farming equipment.
“It is very exciting and significant for not only the automotive industry but also other industries to see the first ever mandatory data sharing and right to repair legislation introduced into Parliament, where it has now passed with unanimous support through the House of Representatives.
“I am very pleased to see the ACCC’s recent report which recommends that agricultural machinery be included as part of any broader right to repair scheme introduced in Australia; and be considered for inclusion in the motor vehicle service and repair information sharing scheme at the first review of the scheme.”

It is clear from the report that the ACCC sees similarities between the competition issues in the motor vehicle space and that of agricultural equipment, stating that a primary concern in the agricultural arena is that access to, and competition within, after sales markets can be limited by warranty restrictions and technological restrictions. Further, it is stated that a key emerging concern is the control over and use of data and, while some voluntary measures have been adopted by the industry, further improvements would facilitate competition and enable informed decisions by purchasers.
“The inclusion of agricultural machinery in the motor vehicle service and repair information sharing scheme, and the pending Productivity Commission’s inquiry into the Right to Repair within Australia (due to be released on June 30), may increase the ability of independent repairers to compete in aftermarkets,” Professor Wiseman said.
“All of this means that the efforts of the automobile industry in having this mandatory data sharing legislation introduced to Parliament has successfully broken new ground and in terms of policy development. It is a very positive sign for recognising the Right to Repair in Australia for not just automotive, but many important Australian markets.”
High Court decision furthers market freedom
Another legal win for the aftermarket came recently with the High Court of Australia decision in the case of Calidad Pty Ltd v Seiko Epson Corp, which Professor Wiseman explains was one of the most important patent cases in Australia in decades.
The High Court found that modifications made by Calidad to used inkjet printer cartridges, which allowed for reuse of the cartridges by consumers, was not an infringement of Seiko Epson’s patented product as it was not a ‘remaking.’ This was contrary to the original finding of the Federal Court where they ruled in favour of the printer manufacturer.
In reaching its decision, the High Court was required to consider whether Australia should retain the principle that an ‘implied licence’ to use follows with the sale of patented goods or whether it should adopt a position in line with the US and EU Patent law that once a patentee sells its patented goods, all of its rights are ‘exhausted.’
In a win for all aftermarket players, the High Court adopted the exhaustion doctrine as the correct principle. Going forward the decision means patentees who seek to restrict downstream use or resale of patented goods will be required to impose any restrictions by way of contract.
“This is important not only for market competition but also for environmental sustainability, as it means that equipment under patent does not necessarily need to be disposed of, it can instead be repaired and reused, as long as it is not remade,” Professor Wiseman said.
“Whether you are talking about the automotive aftermarket or the agricultural industry or everyday consumer items what a broader Right to Repair means is that a consumer can take their product to someone who is not the authorised repairer.”

To learn more about mandatory data sharing and the Right to Repair campaign, visit www.aaaa.com.au 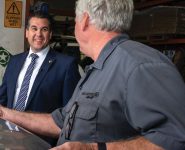 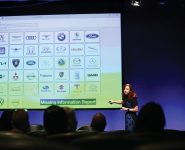 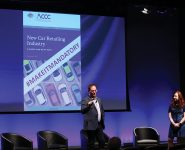 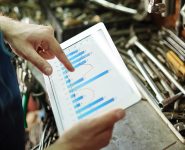