The report found that while Aussie drivers remain keen on road trips, many key safety checks are being neglected

The 2021 edition of the JAX Tyres and Auto Road Safety Report interviewed 1,032 Australian drivers in March 2021.
The report was further complemented by the tyre retailer and mechanical service provider’s firsthand findings on how major and minor vehicle issues and repairs are addressed.
The report findings demonstrate that the awareness of basic vehicle maintenance and safety checks has increased amongst Aussie drivers, alongside their passion for and investment in domestic road trips.
However, while levels of safety increased compared to last year, the report showed there is still a big gap when it comes to willingness to check some basic safety items before hitting the road.

Prepping for the next major road trip
JAX Tyres and Auto says it remains concerning that only just over half (54 percent) of Australians say they carry out specific vehicle checks before a long drive.
For example, although these vehicle checks are located on the same part of a car, the report found there is a marked discrepancy between the population segment that conducts tyre pressure checks (76 percent) and tyre tread depth checks (42 percent).
JAX Tyre and Auto’s report suggests this divide may be due to a lack of awareness about the importance of different tyre checks, as only 28 percent of Australian drivers interviewed ranked checking their tyre tread before embarking on a trip within their top three considerations – only four percent more than those who feel it’s a top-three consideration to charge their phone.
Concerningly, one third (33 percent) of Aussie drivers say an orange or red light on a car dashboard would not stop them from going on a long road trip. However, six in ten (61 percent) Aussies agree that even if their car drove fine, an unidentified noise would prevent them from going on a long road trip.

Having an expert helping hand
Trust, expertise and thoroughness in a mechanical service provider play a huge role in setting Aussie drivers’ minds at ease.
Almost three in ten (28 percent) of report subjects choose their mechanical service provider based on whether they conduct a full, in-depth vehicle inspection with every service, while over one in five (22 percent) Aussie drivers say a recent service at a garage gives them the most peace of mind while driving.
In a recent analysis of vehicles inspected by JAX Tyres and Auto teams across the country, almost seven in ten (68 percent) vehicles had some kind of issue that required expert attention. Of these, 93 percent of the identified issues were classified as needing to be urgently addressed and seven percent were non-urgent only. Out of the entire sample, almost two thirds (64 percent) required immediate repairs, while a smaller proportion (17 percent) could afford to hold off taking action.
As a result of conducting a visual JAX Vehicle Inspection, over half (52 percent) of the vehicles with some issue have taken action, which was mainly driven by 51 percent of vehicles requiring immediate attention and 27 percent of cases where longer lead action items were found.
“With so many people investing in their road trip experiences, it’s just as, if not more, important to have the safety of drivers and their loved ones be top of mind,” JAX Tyres and Auto Chief Sales Officer, April Harwood, said.
“Giving Australians peace of mind is integral to what we do and we encourage all Australians to seek expert advice and address any potential issues or repairs well in advance of hitting the road.” 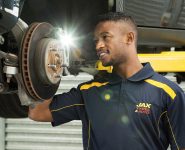 THE IMPORTANCE OF STEERING AND WHEEL ALIGNMENT 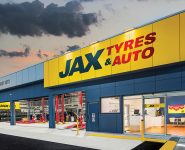