Exedy says it is committed to designing and manufacturing high-quality automotive aftermarket driveline products and is excited to announce the launch of its Coolmaster Offroad transmission cooler for 4WD.
Acting on new car sales data, which revealed a trend towards multi-speed transmissions, Exedy’s research and development team analysed the Australian car parc which highlighted a gap in the market for a heavy-duty transmission cooler for 4WD that would exceed the performance of OEM built-in cooling systems.

In addition, the team discovered that performance upgrades for both petrol and diesel 4WD vehicles are rapidly increasing and that owners of modified 4WDs were actively searching for transmission cooling solutions to complement their new-found engine performance.
“Modern, multi-speed transmissions have to contend with an ever-increasing operating temperature due to increased vehicle loads, towing capacities and the rigours of serious Four-Wheel-Driving,” Exedy Product Manager, Mark Davis, said.
“When combined, these factors quickly highlight the inadequacies of OEM built-in cooling systems.

“Initially, we investigated the existing cooling system to determine whether or not it would be possible to improve the cooling capacity utilising the existing infrastructure,” Mark said.

“But our research proved that upgrading the existing infrastructure would not deliver the target reduction in operating temperature required.”
As such, the team shifted its focus to developing a new transmission cooling system designed to work in unison with, or replace, the original components depending on the make and model of the vehicle.

This changed the focus of Exedy’s research and development, the result of which is the innovative Coolmaster Offroad transmission cooler for 4WD.
“Our oil cooler design is lightweight, compact and offers high levels of heat transfer and corrosion resistance, making it the most critical component in the Coolmaster Offroad transmission cooler kit,” Mark said.

Once prototypes of the oil cooler were available, a fleet of test vehicles was secured to allow the Exedy team to design mounting brackets to ensure that the kits would be easy to install, as well as being positioned to allow maximum airflow.

Complete kits were fitted to test vehicles for an intensive off-road trial to test cooling performance, clearance and the rigidity of the mounting brackets.

“But to make installation even easier, the instructions include images adding a visual reference for installers.”

Exedy says there is no doubt that the Coolmaster Offroad transmission cooler for 4WD will assist vehicle owners to increase the longevity of their transmission and reduce transmission repair costs. 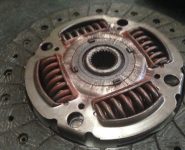 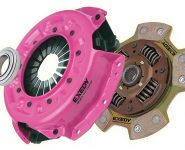 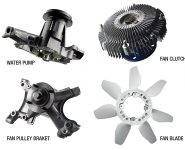 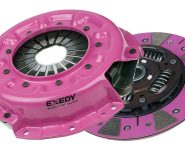