LED Autolamps says it has been targeted by some eBay sellers who are alleged to be passing off fake manufactured LED Autolamps products, some of which are being marketed with LED Autolamps branding and approval numbers.
“These sellers have been misleading consumers by passing off a fake Maxilamp range of products, stamping our approval markings on the products, and in some cases even selling these fake parts under LED Autolamps’ branding and promotional name,” LED Autolamps Managing Director, Tony Ottobre, said.
Tony continued to say, “these sellers are passing off their products as LED Autolamps products by calling their copied lamp ‘Maxilamp’, a trademark we have used since 2009. Further, the copied lamps clearly show our ECE approval mark on the reflector, and also display LED Autolamps’ part numbers.”
“We are very concerned consumers are being tricked into buying an inferior product and a product that does not comply with the ADRs through incorrect LED output,” Tony said.
“Consumers are purchasing these products believing they are genuine LED Autolamps product, and when they fail, they have attempted to return to the supplier for warranty assistance only to find they are not the original products they believed they had purchased.”

LED Autolamps says it has taken a sample of the alleged counterfeit lights and had them thoroughly tested.
“Our test reports justify our claim in the inferiority of these fake parts,” Tony said.
In relation to the test reports Tony explains “we had these products tested to ADR/ECE standards and also environmentally tested, but as expected, the reproduced fake Maxilamp failed in ADR 49/00 – Stop Function, ADR 49/00 – Tail Function, ADR 6/00 2a – Rear Indicator Function and ECE Regulation R3 – Retro Reflector.”
“Environmental testing was also performed, and the fake parts failed IPX7 with considerable water ingress during the investigation. Further testing in Bundoora of the fake Maxilamp also resulted in LED failure within 12 hours,” Tony said.
“In summary, these fake parts are not only being fraudulently marketed with our branding and our approval numbers, but they are also fundamentally a poor product with low quality components in the lamp and poor-quality sealing,” Tony said.
“By purchasing genuine LED Autolamps product direct from us or our stockist, you can ensure you or your customer receive a safe and legal product that is fit for purpose and covered by warranties that lead the market,” he concluded.
LED Autolamps is based in Bundoora, Victoria and has a European warehouse and sales operation and a Taiwan Manufacturing plant. Its operation and buildings are ISO Certified to either ISO9001:2015 or IATF16949.

For more information, or to find your local stockist, visit www.ledautolamps.com 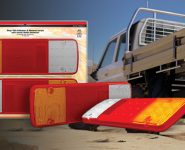 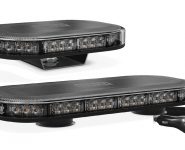 ALL NEW FROM LED AUTOLAMPS 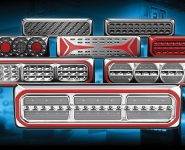 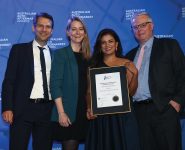