LIQUI MOLY REMAINS IN FORMULA ONE

Liqui Moly has extended its involvement in Formula One, signing a contract with the racing series until the end of 2022. At half of all races, advertising boards of the German oil and additive manufacturer will be on display.
“Never before have we concluded a sponsorship deal with a greater media impact than this one,” Liqui Moly Managing Director, Ernst Prost, said.
For three years, until the end of the 2022 season, Liqui Moly will be Official Sponsor of Formula One.
“The unique reach of Formula One enables us to increase Liqui Moly’s brand awareness all around the world,” Ernst said.
“Formula One is premium in motorsport and Liqui Moly is premium in oils and additives. Advertising in Formula One is a strong signal to both the end users and the trade. This helps us stand out from the ever-increasing background noise of the media.”
Liqui Moly entered Formula One in 2019. A medium-sized oil and additive manufacturer in the world’s largest racing series, it says that move really made the industry sit up and take notice. At eleven races, the blue and red logo was prominently displayed along the track.
“In total, a cumulative TV audience of more than 1.9 billion people from almost 200 countries around the world watched these,” Ernst said.
That is before you take into account online broadcasts, the viewers on location and the post-event coverage. A total of almost two billion viewers from almost 200 countries watched the races of the 2019 season on screen. On site, there will be an average of 200,000 spectators per race and on social media, Formula One achieves impressions in the billions.
“Such a global reach doesn’t exist anywhere else,” Ernst said.
“The fact that the partnership is expanding after a successful first year, proves the value that F1 can deliver in terms of brand recognition and preference,” Formula One Chief Executive Officer and Chairman, Chase Carey, said.
“We are excited to continue exploring ways to further integrate Liqui Moly into the F1 ecosystem.”
Formula One is the largest, but not the only globally relevant sponsorship of the oil brand. Liqui Moly is also represented in MotoGP, is the title sponsor of the Liqui Moly Bathurst 12 Hour endurance race, was present at the European Handball Championship in January, and also appeared at countless winter sports events.
“None of this is an end in itself, but rather they are building blocks of our marketing concept to support retail sales at our partners,” Ernst said.
The global impact of these commitments is central to Liqui Moly. The share of its domestic market, Germany, in total sales is steadily declining.
“We have such a strong position there that further growth is difficult to achieve,” Ernst said.
“And that is why our future lies in international business. There is still enormous potential lying dormant there, which we want to exploit. Formula One is an important instrument for this.” 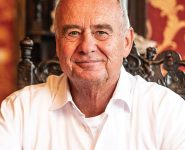 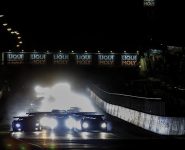 PASSIONATE ABOUT YOUR BUSINESS?