A Formula One race car is an engineering marvel

It is the most technically advanced piece of machinery on the planet – designed by the world’s best engineers to compete in the most technically demanding sport.
Despite their ground-breaking engineering and mesmerising innovation, F1 cars must comply to an incredibly stringent set of technical specifications.
One of their most strictly controlled specifications is the engines. Here, the introduction of new engines and/or engine specifications is essentially banned.
It was little wonder whispers, rumours and finger pointing began running rife through the F1 paddock when Red Bull Racing demonstrated a significant step-up in performance at the 2021 French, Styrian and Austrian Grand Prix.
Mercedes driver, Lewis Hamilton went so far as to publicly suggest that something fishy may have been going on.
Red Bull’s Team Principle, Christian Horner responded, “We have a new oil from ExxonMobil. So, I think they can take all the credit for the fact that Lewis keeps pointing at our engines. The engines are the same specification.”
ExxonMobil’s Global Motorsport Technology Manager, Tomek Young added, “ExxonMobil delivered a revolutionary new oil – that has helped push the team forwards. New components were incorporated that translate into an ability to run the engine across a wider range of operating conditions and not be wound back.”
Mobil 1 says these results are a direct result of Mobil 1 not just being a sticker on the car – rather, they’re an integral part of the team as a technical partner.
As Red Bull Racing’s fuel (Esso) and lubricant (Mobil 1) partner, ExxonMobil’s chemists worked alongside engine manufacturer Honda to deliver an absolute performance advantage.
It says the key is the revolutionary additives package designed for the new Mobil 1 RB16B engine oil.
Oils are so much more than just viscosity – that’s only half the story. Their additives package represents up to 30 percent of the final product, and ultimately define the oil’s performance under the extremes of temperature and pressure.
This pioneering innovation came from an unusual source – the cosmetics industry. Using naturally derived, bio-sourced components, Mobil 1 has created a molecular structure that mimics the skin’s protective barrier.
It enables the lubricant to microscopically cling to the metal’s surface – without increasing parasitic drag or aeration of the oil, while simultaneously enhancing thermal efficiency.

The benefits of enhanced thermal efficiency cannot be understated. An F1’s tightly packaged, 1000hp, turbocharged, 2.4L, hybrid-electric powerplant generates an incredible amount of heat. Temperatures routinely exceed 950C, with the engine’s lubricating oil responsible for dissipating over 40 percent of that heat.
Mobil 1 says the real-world advantages of its new, fully-synthetic lubricant is the ability of Honda to run the tightly homologated engine hotter and at record efficiency levels, for longer – with less deposits and without incurring the typical reliability penalty.
Mobil 1’s chemists didn’t develop this revolutionary additives package overnight. It is the culmination of eight years of intensive R&D. However, the opportunity to collaborate directly with Honda and Red Bull ramped up its development, enabling ExxonMobil to bring this new innovation properly into play.
This is why Mobil 1 views F1 as the ultimate testing ground. It says that what it learns out on the racetrack is directly reflected in the technologies found in every Mobil 1 lubricant.
Mobil 1 says the benefits flow both ways too: “workshops benefit from Mobil 1’s world renowned assurance of quality, while their prudent customers get peace-of-mind knowing they’re getting the best.”

Mobil 1 is distributed in Australia by MotorActive. For more information, visit www.motoractive.com.au

Previous: YOUR DRIVELINE LUBRICATION NEEDS COVERED
Next: SUPERIOR PROTECTION FOR ALL VEHICLES 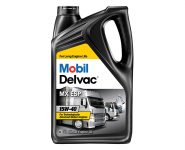 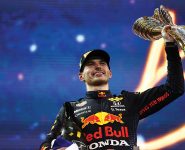 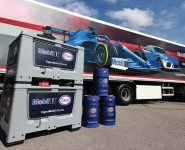