Today’s car and trucks are more complicated than ever and continue to evolve.
Nonetheless, all types of vehicles have a cooling system and these systems no longer just keep the engine/motors cool; they also cool and warm various components under the hood, as well as other areas of the vehicle.
In order to convey coolant to these components, the “radiator hoses,” as they were once called, have become much more complicated and even contain assorted elements built into the hose to perform a wide variety of tasks.
These hose assemblies are called “modular” coolant hoses, because they employ a variety of modules in their construction.
A modular hose is defined as a coolant hose assembly, with one or more modules (which are built into the hose) and has coolant flowing through the modules(s). These modules can be a branching tee in the hose, quick-connect, valve, drain, air-bleeder or sensors.
You will primarily see modular hoses on European vehicles, but the Asian makes are quickly following suit. Why you ask? A modular hose simplifies the plumbing of the vehicle at assembly. One hose assembly will connect to multiple components.
These modules within the hoses are critical to the proper operation of the cooling system. For example, some hoses include flow-restrictors within the hose. These restrictors reduce the flow and pressure within the hose to certain components such as the heater core; and are required to maintain core integrity.
Last year, Gates says it received a call from a consumer regarding the repeated failure of a heater core in a limousine.
It seems the limo had a leaking modular hose and a workshop replaced it with a new, (standard) hose. Soon after, the heater core started leaking. The heater core was replaced, and after just a few months, it started leaking again.
Once the consumer finished explaining the situation, they were asked by Gates if the replacement hose included a flow-restrictor; it did not. Without the restrictor, system pressure was simply too high for the core. When replaced with a Gates modular hose, Gates reports that the issue went away.
Gates explains that Modular hoses are not a dealer only item, stating that you can find the same Gates aftermarket hose from a distributor/reseller for significantly less; saving your customer substantially and making it more profitable for you.
With 278 part numbers, Gates says it has the largest range in the aftermarket, and with coverage of over 3.3 million vehicles in operation in Australia and New Zealand, it says it has all the popular makes and models covered.

For more information on the Gates modular hose range, go to www.gatesaustralia.com.au/modular-hose

Previous: FUCHS CONTINUES TO EVOLVE ITS PORTFOLIO
Next: NEW FROM GARRETT 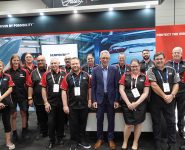 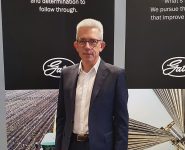 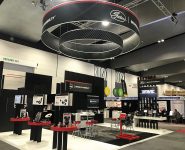 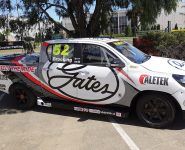