Morey Oil says it offers the ultimate lubrication for your 4WD

Four Wheel Drive and All Wheel Drive vehicles have now become extremely popular vehicles among many.
This could be for height, stability, towing, adventure, or the extreme four-wheel driver.

Morey Oil Heavy Duty Oil Stabilizer
These vehicles, compared to regular cars on the road, have more serviceable areas. Including front and rear differentials plus the transfer case, this means more oils and more oil seals.
Morey Oil says its Heavy Duty Oil Stabilizer is suited for use in all these oils.
It says its HDOS will keep the oil “Newer for Longer” while maintaining oil pressure in the engine, rejuvenating seals in the differentials and transfer case and maintaining smoother gear changes in both automatic and manual gear boxes.
Morey Oil says the product also prevents metal to metal contact on gears in differentials, reducing wear, and delivers smoother operating power steering units.
Morey Oil says that basically, where there is an oil, you can add its HDOS to it for the ultimate protection.

Morey Oil BigFoot Fire Orange Grease
Morey Oil says that some standard greases, and even some of the quality greases, are just not good enough when it comes to meeting your grease lubrication needs.
If you are doing any sort of four-wheel driving, tackling beach or creek crossings, dirty dusty roads, mud, and slush or the extreme of everything, Morey Oil says only a high-quality grease will do the job.
It warns that grease contamination can be a very costly expense, that can be prevented.
Even if the vehicle has an underbody wash after four-wheel driving, if the contamination has already penetrated the grease, or the grease has been displaced, the damage has already begun.
Morey says its BigFoot Fire Orange Grease is the answer – stating that with its very sticky/tacky nature, BigFoot grease will prevent this from happening as even in the toughest conditions of water, dirt or mud this grease “stays in place.”
“This is the grease that everyone is talking about, with superior quality lithium complex grease used in a large variety of industries throughout,” Morey Oil said.
Morey Oil invites you to also enquire about the Morey Oil fuel conditioners/cleaners to complete the vehicle service package.

For more information, contact the Morey Oil Head Office on 1800 637 173 or visit www.moreyoil.com.au 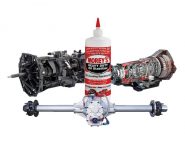 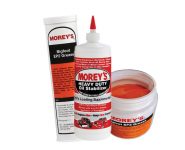 ULTIMATE LUBRICATION FOR YOUR 4WD 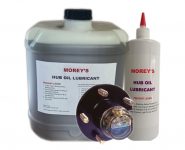 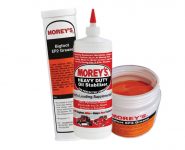