Don Kyatt Spare Parts has announced the opening of a new store in Townsville, Queensland.
The first Don Kyatt Spare Parts location opened in the suburbs of Melbourne in 1969. Since then, the Don Kyatt Group has expanded to a total of 17 warehouses across Australia, Africa, Papua New Guinea, Fiji, New Zealand and Europe.
Over the past 50 years, the Australian-based company has grown its Terrain Tamer brand into an internationally known name.
Terrain Tamer’s range of over 40,000 spare parts were developed in Melbourne and then produced in partnership with the world’s leading manufacturers. The company says its products meet or exceed original equipment standards.
“We’ve focused more on international expansion over the last 10 years, so although it’s not a capital city, Townsville is certainly an important strategic hub for our Northern Queensland customers,” Don Kyatt General Manager, Brent Hutchinson, said.
“Would you believe the distance between Brisbane and Townsville is almost the same as Melbourne to Brisbane? With today’s freighting environment, having stock closer to our customers is a key foundation for our fill rate and customer service standard, which has always been an important ingredient to our success.
“It’s always exciting to open a new branch in a region which demands the quality 4WD parts that we offer. The cattle stations, mines and 4WD enthusiasts have been refreshing to work with and very welcoming.
“We have two existing staff members who jumped at the opportunity to relocate and manage the new operation, in the beautiful location that is Townsville. Part of me is jealous of the experiences they have ahead of them and the locations they will visit.”
Don Kyatt Spare Parts supplies to a range of customers in over 80 countries, including mining contractors, emergency services, farmers, and recreational 4WDrivers.
The new warehouse opened on the 1st of July. The company says there was a quick turnaround after taking over from one of its long-term stockists, Stewarts 4WD, who is retiring after 32 years. 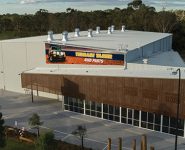 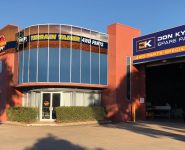