The Omega Wheel Arm is designed to clamp to the arm of the lift for easy hanging of removed tyres from the vehicle.
The Omega Wheel Arm not only helps reduce trip hazards in the shop but also aids in the prevention of back injuries from the constant bending of technicians while placing the tyre on the ground, as it allows you to hang tyres at core height with minimal twisting and bending over.
The cuff is adjustable both horizontally and vertically, allowing the Wheel Arm to be used with most two and four posts lifts, says Shinn Fu Australia.
Shinn Fu Australia says the Omega Wheel Arm is a great accessory to efficiently hold tyres on a vehicle lift arm.
It explains that the Omega Wheel Arm allows mechanics to put on or take off a tyre, on each side of the lift arm from the vehicle, in an easily accessible manner.
The bar can be folded up or sideways when not in use to save space.
With the Omega Wheel Arm, you can avoid bending over to put down or pick up a tyre, with Shinn Fu Australia stating that the product makes tyre rotations and brake jobs a breeze.
With a 180-degree positioning ball, it says it is easy to angle the bar to a desired position while two magnetic tool trays are included to keep your bolts for each wheel safe – you can simply place the trays on top.
Omega Wheel Arms are sold as a set. 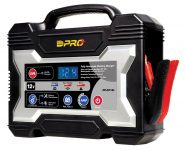