Back in the late 1980s, Burg Design says it pioneered the Parking Sensor market in Australia as well as in some overseas countries.
It says since then, the brand ParkSafe has “become the world’s most recognised brand for the best performance, quality, features and reliability.”
Further, Burg Design says ParkSafe is the number one choice for numerous Vehicle Manufacturers and leading Aftermarket suppliers around the world.
Since those early days, more than 12 million sets of ParkSafe Sensors have been sold and Burg Design says it is not slowing down. It explains the range has expanded to more than 40 different sets of parking sensor models and Blind Spot Detection Systems so as to accommodate every possible application such as cars, trucks, forklifts, heavy equipment, trailers, caravans, passenger buses, motor homes, boats, agricultural machinery, proximity measuring equipment and more.
Burg Design says most of the success of ParkSafe is due to the overall design and quality of the range as well as the incredibly sharp object detection accuracy of the unique ultrasonic sensors which it says “far outperform all others tested in the market to date.”
ParkSafe Sensors reportedly have an exceptionally wide view angle of 160 degrees so as to almost eliminate blind spots, with Burg Design stating that most others only offer a 70-120 degree view.
It says the ParkSafe systems all have four detection zones as well as a blanking zone for eliminating false alarms when tow bars are installed.
The sensor kits are available for all types of applications such as front, rear, sides and roof on most vehicles. Burg Design also welcomes special application requests.
The latest ParkSafe developments include waterproof modules for installing the ECU in the engine bay or exposed to the elements at the rear; as well as wireless front sensor kits for much faster and easier installation on all types of vehicles, many of which Burg Design says were previously considered impossible to have sensors fitted to, such as trailers and very large commercial vehicles and various heavy mobile equipment.
All ParkSafe sensors come with a five-year local warranty and full technical support. 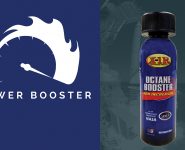 GET AN OCTANE BOOST 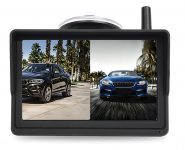 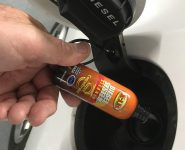 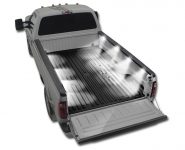