The new Purple OEM Coolant range from Penrite – which consists of Concentrate and Premix products – features the latest specification
PSi-OAT coolants as used by manufacturers such as VW, Audi, Skoda, Porsche, Lamborghini, Bentley, Deutz and Volvo.
Penrite says the coolants are also ideal for use in vehicles such as Toyota, Hyundai, Kia, Mitsubishi, and other Asian manufacturers that are currently using P-OAT based coolants.
The new Penrite Purple OEM coolant is approved for use in VAG (Volkswagen Automotive Group) vehicles such as Volkswagen, Audi, Skoda, Bentley, Lamborghini, Bugatti, and Porsche where the new TL 774-L/G12evo specifications are required.
It may also be used as a replacement where TL 744-J (G13) was previously specified, provided a full system service is completed.
Penrite explains that its new OEM Purple Coolants are designed for modern “downsized,” high power density, hotter running engines used in the latest generation of passenger cars as well as in many other engines.
The extended long-life inhibitor formulation reportedly prevents rust, corrosion, cavitation, and degradation of the cooling system for eight years or 500,000km.
Since 1926, Penrite says its products have helped shape the country.
Penrite has remained a 100 percent Australian owned and operated business, which says it is committed to producing the best lubricants, coolants, and additives; made right here in Australia.

Previous: GETTING THE MOST OUT OF YOUR AIR FILTERS
Next: LED SEALED BEAM REPLACEMENTS 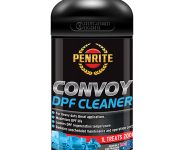 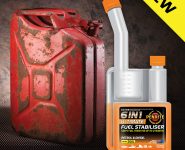 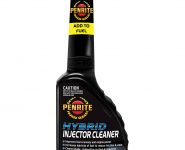 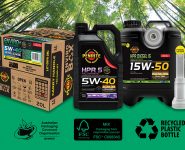