Projector headlights have been with us since the 1980s where they were used in luxury vehicles to deliver an improved performance over traditional reflector style headlights.
The combination of the elliptical reflector and the projector lens, which acts as a magnifying glass concentrating the light, creates a more intense pattern in front of the vehicle.
This concentration of light has the effect of making the headlight look brighter. Projector headlights also have a more defined, glare reducing, cut-off compared with reflectors, making them safer for oncoming drivers.
“Projector headlights were primarily developed for HID Xenon globes for a couple of reasons,” Invision Sales Managing Director, Wayne Blackman, said.
“Firstly, the precise cut-off beam ensured no glare to oncoming drivers as Xenon is substantially brighter than Halogen.
“Secondly, the regulations require that Xenon lights are self-adjusting and the compact nature of the projector lamps allowed for easy fitting of servo motors to control the aiming of the lamp either dynamically or in some cases through a manual switch controlled by the driver.
“The design and look of the projector headlights were appealing and they have been adopted by many car manufacturers but using halogen globes.
“The negative is that projector headlights don’t perform well with Halogen globes as the light source.”
The lighting engineers at JW Speaker understood this and saw LED as the opportunity to create a light source that would see the full potential of projector technology being achieved.
The specifically designed projector LED bulb has a V-shaped configuration which is very different to the two-sided LED bulb used in reflector style headlights.
The way the light is being reflected and then directed into the glass lens has a two-fold effect. While the reflector is able to focus more of the light evenly into the beam pattern, it also allows the headlights internal shield and lens to function at its optimal level and deliver a precise, clean cut-off.
“Recent testing conducted in a lighting laboratory shows a traditional halogen bulb compared to a JW Speaker EVO4000 projector optimised bulb,” Wayne said.
“The results are simply incredible. For a start there is 180 percent more light which is fantastic, but it’s the even distribution over the whole beam pattern that sets a new benchmark.
“Added to that is the precise beam cut-off and you become aware that there is no wasted light in this technology. It’s an amazing advancement that will improve the safety of night driving.”

For more information, visit www.invisionsales.com or contact Invision Sales on 03 9336 2066. 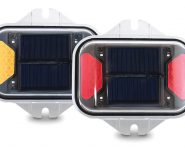 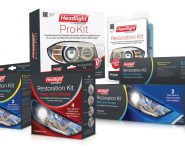 THE RIGHT LED FOR EVERY VEHICLE