When Ray Smith-Roberts announced in November 2019 that he was stepping down from his role as Chief Executive Officer/Executive Director of the Automotive Components and Accessories Divisions of AMA Group, he also subsequently retired from his position as Chairman of the 4WD Industry Council.
Ray’s tenure as Chairman of the committee spanned an impressive 13 years, and the 4WD Industry Council committee always intended to officially acknowledge his contribution and present him with a symbol of appreciation.
However shortly after his retirement announcement, the COVID-19 pandemic began to make its presence known in Australia, delaying any plans that were in place at the time.
With restrictions easing in Queensland of late however, 4WD Industry Council Convenor, Nigel Bishop, was recently able to finally present him with his much-deserved Certificate of Appreciation and accompanying gift.
“When Ray contacted me in September 2020 to let me know that he had purchased Creative Conversions in the northern suburbs of Brisbane, I was pleased to hear that he had resurfaced and, I have to say, like anyone who knows Ray Smith-Roberts, I was not at all surprised how short-lived his first attempt at retirement was,” Nigel said.
“With the continued easing of restrictions in Queensland, I recently made my way out to visit Ray at his new business and was able to finally present him with a gift and Certificate of Appreciation on behalf of the Committee in honour of his contribution to the industry.
“During our time together on the committee of the 4WD Industry Council, I developed an enormous respect for Ray’s pragmatic approach to industry challenges; he is always a strategic thinker with a cool head but ready to stand up for the industry, no matter who the opponent.”
Creative Conversions has been a member of the AAAA and 4WD Industry Council since 2018, and under previous owner, Len Batchelor, they have become one of the most well-recognised second-stage manufacturers specialising in Landcruiser re-builds, gaining significant exposure through their work with All 4 Adventure.
“When I caught up with Ray, he filled me in on some of the systems and processes he is implementing to the business to build upon this success, and things are certainly gearing up for significant growth ahead,” Nigel said.
“When it comes to bumping heads with government regulators, clearly Ray is a glutton for punishment, having stepped out of the world of bullbars into the arena of second stage manufacturing with chassis extensions, wagon to ute conversions, and GVM modifications – talk about jumping straight from the frying pan into the fire!”

For more from the 4WD Industry Council, visit www.4wdcouncil.com.au

Previous: SHIFTING GEARS
Next: WHAT A YEAR IT HAS BEEN 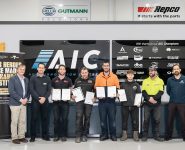 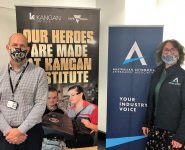 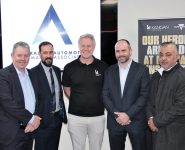 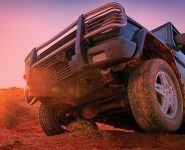