Following Nevada Governor Steve Sisolak’s recent commitment to reopen the state at 100 percent capacity by June 1, SEMA Show organisers say exhibitors are demonstrating their commitment and excitement for the 2021 SEMA Show by securing booth space at the event taking place in Las Vegas, Nevada.
“The industry has spent the past year separated, and businesses are anxious and eager to reconnect in person,” SEMA Vice President of Events, Tom Gattuso, said.
“We’re seeing more and more manufacturers sign up to exhibit at the SEMA Show every day.”
More than 1,200 companies are already confirmed to exhibit at the event on November 2-5, at which time the SEMA Show will mark the first industry-wide in-person gathering in almost two years.
Manufacturers are able to secure space up until the event in November.
Utilising the Las Vegas Convention Center’s newly constructed West Hall, the SEMA Show will include exhibits in all four halls, seminars in dozens of meeting rooms, networking events in nearby ballrooms and special displays and interactive attractions in the outdoor areas.
Having been separated for more than a year, manufacturers are making plans to impress the industry with enhanced booths and unique displays.
“We are hearing an overwhelming response from exhibitors,” Tom said.
“They have nearly two years’ worth of innovation to share, and they will be showing it off at the SEMA Show. Based on what we are hearing, exhibitors are pulling out all the stops.”
Since 1967, organisers say manufacturers of automotive aftermarket parts have relied on the SEMA Show to debut their new products, showcase new trends and conduct business.
Made up mostly of small- to mid-size manufacturers with a deep passion for turning everyday drivers into one-of-a-kind works of art, exhibitors take center stage as they unveil ground-breaking and ingenious products that enhance the performance, styling and functionality of cars, trucks and SUVs.

To apply for booth space or register to attend the show, go to www.semashow.com 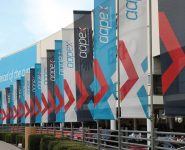 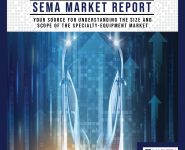