Leading Australasian provider of automotive aftermarket parts and accessories, Repco, is no stranger to motorsport.
Now it is once again stepping up its motorsport involvement and engagement with two new five-year agreements commencing in 2021 which will see it as the naming rights sponsor for the Repco Supercars Championship and also the Repco Bathurst 1000.
“We are so excited to be announcing this partnership with Supercars,” Repco (AU) Executive General Manager, Wayne Bryant, said.
“We have a rich history with the sport, and together with the Repco Bathurst 1000, this is our most exhilarating step yet.
“The Supercars family have shown in recent times how well they have all pulled together for the betterment of the sport and to provide race fans with a superior level of sports entertainment.
“We are really proud to be given the opportunity to become part of that family and work with them to bring the series to the fans that share our enduring passion.”
In the 1940s, Repco engineer Charlie Dean brought the world the Maybach Special, which raced from 1947 to 1960. Repco then famously partnered with Sir Jack Brabham, Denny Hulme and the Brabham racing team to win the formula one world championships in 1966 and 1967.
More recently Repco was crowned the Official Automotive Retailer of the Supercars series in 2018 and has supported DJR Team Penske, celebrating Scott Mclaughlin’s Supercars Championship winning Shell V-Power Mustang in both 2018 and 2019.
Today, Repco has a network of 400 automotive parts and accessories stores across Australia and New Zealand.
“We are delighted to have a name that has been associated with Australian motorsport since the 1940s as our naming rights partner for the next five years,” Supercars Chief Executive Officer, Sean Seamer, said.
“Repco has invested considerably in our sport and to carry their name as naming rights partner into 233 million homes across more than 90 countries is great news for both parties.
“Repco is an iconic international motorsport brand with a proud history, and we are thrilled to extend our partnership with them.”

Previous: PRI EVENT UPDATE
Next: BURSON AUTO PARTS DOUBLES UP ON TRACK IN 2020 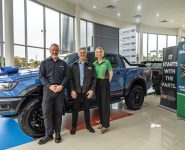 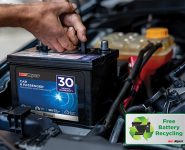 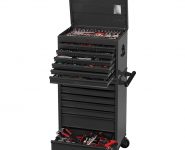 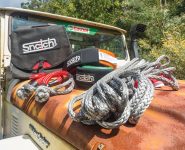