Founded in Melbourne in 1936, Ryco says it is Australia’s top selling brand of automotive oil, air, and fuel filters, and was named in the Australian Financial Review’s most innovative companies list in 2019 and 2020.
The partnership with Tickford Racing will see significant Ryco branding across the team’s three Ford Mustang Supercars, and all of its entries utilising Ryco filters on the racetrack.
Ryco and Tickford Racing will also pursue a number of innovative projects aimed at stepping up Ryco’s competitive edge in race cars and daily drives as well as Tickford’s performance on the track.
“We at Ryco are elated to be teaming up with Tickford Racing in 2021,” Ryco Executive General Manager, Stuart Chandler, said.
The partnership also ties back to a significant milestone in Ryco’s 84-year history.
“Partnering with a Ford team – Tickford in particular – is great for our brand from a heritage perspective,” Stuart said.
“Our Z9 oil filter was one of our first mass-produced filters, and was an original part on the early Ford Falcons. Partnering with Tickford, whose lineage on the track and the road stems from the Falcon era, adds a sentimental dimension to our relationship, which was appealing to us and hopefully just as exciting for the fans and supporters of the team.”
“Joining forces with Ryco is very exciting for us. To bring another industry-leading brand into our team builds a lot of momentum for us,” Tickford Racing Chief Executive Officer and Team Principal, Tim Edwards, said.

For more from Ryco, visit www.rycofilters.com.au 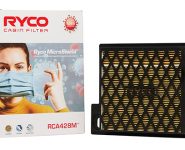 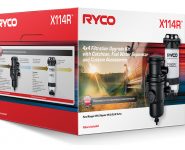 WHAT TO EXPECT AT THIS YEAR’S RYCO AAAEXPO STAND 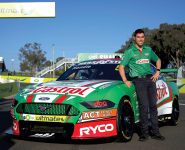 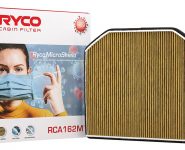