SGF designs and manufactures power transmission products such as flexible couplings for car companies and other industries around the globe.
Flexible couplings are used to transmit rotational torque whilst compensating for axial, radial and angular misalignment in the drivetrain. In a car, they are typically located between the transmission output shaft and the driveshaft and can also be located between the driveshaft and the differential.
SGF says its flex couplings are engineered to handle the operating and torque peaks of the engine in conjunction with cancelling the various vibration and harmonic frequencies generated by the drivetrain. Each coupling is designed and tuned to perform this task based on the vehicle model and powertrain configuration, so it is important to be aware that a coupling can differ for each make and model of a vehicle.
SGF explains that its Flexible Drive Couplings are fitted as Original Equipment to many RWD and AWD vehicles with companies such as Ford, General Motors, Chrysler, BMW, Mercedes Benz and Hyundai running SGF Flex Drive Couplings at OE level.
SGF says its product advantage is based on its expertise in the field and the utilisation of its trademark Tenpu fibre technology – a combination of unique cord inlays and rubber material that operate in tension load.
Unlike common rubber couplings that work with shear load or pressure load on the rubber, SGF says the tension load principle ensures that the cord inlays transmit most of the load providing a better tolerance to shock loads and a higher power density ratio, resulting in the ability to transmit higher torque with a smaller coupling.
SGF cautions workshops and mechanics against using cheap copy couplings as they say these do not offer the same NVH cancelling properties as the original SGF product, resulting in vibration and noise issues. Further, it says that in many cases, copy couplings cannot handle the vehicle torque and RPM and so have the potential to cause serious injury and damage.
SGF – a specialised German company with several state-of-the-art engineering and manufacturing facilities as well as regional sales and distribution operations in strategic worldwide locations – offers a complete range of Original German-made Flex Couplings for European, Australian, American, and Asian vehicle brands. 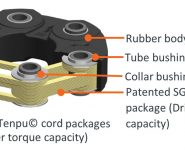 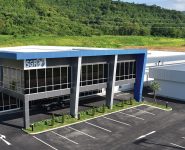 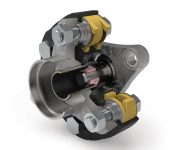