Automotive component manufacturer Tenneco has teamed up with German automaker BMW to offer exciting new intelligent suspension technology in a new electric crossover SUV.
BMW has ambitiously scheduled 13 next-generation electric vehicles for launch by 2023.
The BMW iX3 is the first of these EVs to become available. This new crossover SUV has the distinction of being BMW’s first all-electric SUV model. Among its many components, it will feature an optional Continuously Variable Semi-Active Suspension with external valve (CVSAe) technology from Tenneco.
This CVSAe suspension is just one of several cutting-edge technologies found in Tenneco’s Monroe Intelligent Suspension portfolio.
The CVSAe suspension utilises four electronically controlled dampers to sense and continuously adapt to a dynamic operating environment. BMW’s electronic control unit (ECU) system is featured in more than 40 popular vehicle models, including the iX3.
The ECU processes a variety of sensor inputs. Then it adjusts the electronic valve accordingly in order to control the individual performance of each damper.
Drivers have the option of selecting comfort driving mode, which is designed to offer maximum enjoyment.
In vehicles equipped with lithium-ion battery packs, the CVSAe technology increases the damping force tuning range. The weight of the battery packs has the potential to increase the inertial force and other dynamic loads in various driving conditions.
In these scenarios, the CVSAe semi-active dampers automatically apply increased damping force. This helps to reduce body pitch, also known as “brake dive,” while still maintaining optimal ride comfort.
Henrik Johansson is the Vice President and General Manager of Tenneco’s Advanced Suspension Technologies. He praises the versatility of the suspension, stating “CVSAe technology has become very appealing among leading car manufacturers and their customers because it delivers an exceptional driving experience in virtually all situations.”
Tenneco states that the CVSAe suspension will give iX3 owners an enjoyable ride due to its handling prowess in a wide range of driving conditions, with many drivers eager to put this claim to the test.

To learn more about CVSAe and other Monroe Intelligent Suspension technologies, visit www.monroeintelligentsuspension.com 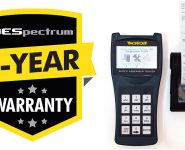 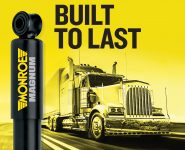 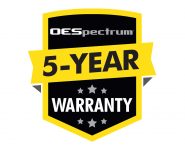 ROAD TRIPS ARE HERE TO STAY!