In this article, ACA Research asks if this is a blessing in disguise for the aftermarket?

It has been more than three years since the last Holden rolled off the Elizabeth production line, and the brand itself has also since been axed (as parent company General Motors exited right-hand-drive markets globally).
While this was somewhat of a shock, Holden’s demise had ultimately been on the cards for a while, with new vehicle sales trending down for several years in the lead-up to its eventual end.

Despite this, we can upon a closer look see life for the brand within the used car market, with Holden retaining its die-hard supporters, many of whom view it as part of the fabric of Australian automotive history.
This is particularly true for the Commodore – first released in 1970, it quickly became the company’s most popular vehicle, and one of Australia’s go to family vehicles.
While many Commodores do remain on Australian roads today, the sobering fact is that every kilometer driven is one that will never be replaced. This drives nostalgia, and with nostalgia comes added value.
We have seen the power of nostalgia at play recently, with some extraordinary sale prices at auction. A 2017 W1 Maloo Ute, one of four built by HSV after Holden’s factory closure, sold for $1.05 million early this year, and a VF Series II SSV Redline, the last one built in Australia’s factory, sold for $750,000.
Whilst these prices are generally for vehicles with some special feature (eg. last one made in Australia), it begs the question of how long will it take for a ‘standard’ Commodore to become a collector’s item?
To help us unpack this journey, we first need to look at how many are currently on Australian roads.
As of January 2020, there are just over 860,000 registered Holden Commodores – which accounts for around four percent of the total car parc.
Given the emotional engagement with the brand, it is likely that many owners will choose to keep spending to ensure their vehicles remain operational.
From a workshop perspective, we note that more than two thirds of the Commodores are pre-2010, suggesting service and repair needs (and costs) will continue to increase in years to come.

Despite GM’s departure from the market, it is therefore important for aftermarket players to continue to invest in the maintenance of these vehicles.
Ultimately, the expected increase in demand for Holden Commodores, driven by a combination of Australian’s nostalgia for the vehicle and the finite number left on roads creates an opportunity for the aftermarket.
The extraordinary prices that Holden fanatics are willing to pay for ‘collector’ vehicles substantiates how lucrative it may be to ensure that Australians continue to have access to their beloved Commodore.
Given the demise of Australian manufacturing, this opportunity may never come around again.

This column was prepared for AAA Magazine by ACA Research, the AAAA’s partners in the AAAA Aftermarket Dashboard which is delivered to AAAA members each quarter. 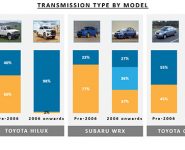 DRIVING AWAY FROM MANUAL TRANSMISSIONS 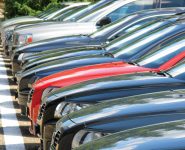 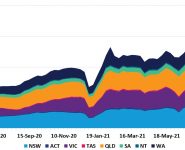 HOW HIGH PERFORMING WORKSHOPS USE DATA TO BOOST PERFORMANCE 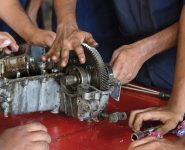