US STATE VOTES OVERWHELMINGLY FOR RIGHT TO REPAIR

Residents of the US state of Massachusetts have overwhelmingly voted in favour of a Right to Repair question on the ballot paper during the recent 2020 US elections.
In a boost for the state’s independent automotive repairers, 75 percent of votes selected yes to “Question 1.”
This means that once a person buys a vehicle, they own all of its data.
According to www.techcrunch.com, “The measure, listed on the ballot as Question 1, amends and broadens a law that gives consumers in Massachusetts the right to repair the vehicles they own.
“The measure will require automakers that sell vehicles with telematics systems in Massachusetts to equip them with a standardised open data platform beginning with model year 2022.
“This standardised open data platform has to give vehicle owners and independent repair facilities direct access and the ability to retrieve mechanical data and run diagnostics through a mobile-based application.
“Importantly, this measure covers the data that telematics systems collect and wirelessly transmit. And it not only gives access to the mechanical data, it allows owners and independent mechanics to send commands to the vehicle for repair, maintenance and diagnostic testing.”
Director of the Massachusetts Right to Repair Coalition, Tommy Hickey, was ecstatic with the vote result.
“Thank you. We did it! Actually, you did it!” he commented to his supporters.
“It was only because of you, our Massachusetts supporters and grassroots team, that we were able to have such a resounding victory.
“Thank you for protecting consumer choice in car repair and for supporting your local independent shops…1,600 independent repair shops in Massachusetts, 40,000 employees, and millions of consumers thank you for your help and support.”
But he warned that the fight does not stop here, with much more work yet to be done.
“Our coalition will drive on to make sure the law is implemented immediately in Massachusetts and to expand consumer rights in car repair to the 49 other states,” Tommy said.
AAAA Director of Government Relations and Advocacy, Lesley Yates, said the Massachusetts vote is a shot in the arm for the automotive sector and was a part of a shift around the globe towards fair play in the industry, protecting consumer rights and independent repairers against the might of the automotive manufacturers.
She said the vote was important to the AAAA given the Australian industry’s recent victory with the announcement by the Morrison Government about its impending legislation for a mandatory code for vehicle data sharing (see separate articles in this magazine.)
“This vote comes at an incredibly important moment in our journey,” Lesley said.
“As we wait for the draft exposure, we are clearly hoping to see that our Law will incorporate the best elements of international law and right now, the best in class is now the Massachusetts Right to Repair 2020 outcome.” 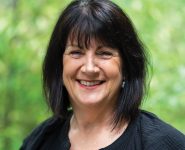