Reducing CO2 emissions and now available on the aftermarket

With its iBSG 48V (Integrated Belt Starter Generator), Valeo says it has successfully risen to the challenge of increasing the performance of vehicles driven by internal combustion engines, while also reducing their fuel consumption with a technology destined to become more widespread on the market in the years to come.

Driving the development of electric vehicles
As the regulations on CO2 emissions and pollution become stricter worldwide and a growing number of consumers turn to more ecological offers, carmakers and equipment suppliers need to develop products that are more sustainable.
Stop-start technology, pioneered by Valeo with i-StARS in 2010, was an important step forward. Increasingly complex technologies have been developed since then in order to reduce CO2 emissions, including the 48V technology, which Valeo says will become indispensable in the years to come.
Consequently, Valeo says electric vehicles and the 48V technology will dominate the market by 2030.

An ultra-high-performance system
In 2017, Valeo started supplying iBSG 48V alternator systems with built-in electronics as original equipment. As well as operating as an alternator and starter motor, Valeo says this system fulfils four additional functions that reduce fuel consumption and therefore CO2 production by up to six percent*.
It recharges the battery to assist the engine and to supply power to the vehicle’s equipment and assists the engine when the vehicle is driving at a constant speed (on main highways, for example) in order to cut fuel consumption.
It delivers a boost effect to the engine when accelerating and also allows the car to be in 100 percent electric mode over short distances.
Made in Valeo’s plant in Étaples in northern France, which is one of the largest electric machinery factories in Europe, the iBSG system has now been fitted on several hundreds of thousands of vehicles, including Asian and European vehicles.
With this system, Valeo says it is actively contributing to the electrification of vehicles. The Group produces 30 million electric machines every year, confirming its long-standing expertise in the manufacture of electric systems, while also providing an effective response to the current environmental and legislative issues.
The plant in Étaples currently produces almost 30,000 electric machines per day, and it is continuing to ramp up its capacity to produce 48V systems in response to the strong demand from carmakers.
In May 2020, French president Emmanuel Macron chose the Étaples site to unveil his government’s plan to support the automotive industry by making it ecological and more competitive.

*In comparison with a stop-start system – WLTP standard 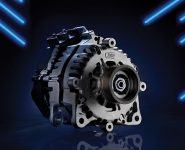 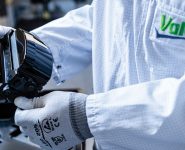 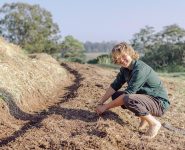 THINKING AHEAD TO CONTRIBUTE TO ENVIRONMENT PROTECTION 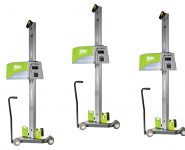