For Start/Stop technology and European cars

Start/stop technology is now commonplace in Australian workshops and it is of paramount importance that workshops are familiar with the requirements of and differences in new technologies and understand the pitfalls of fitting the wrong type of battery.
European cars make up 17 percent of the total of new cars registered in Australia, with 156,000 last year alone, of which the majority have start/stop functionality.
Federal Batteries, the exclusive agent of VARTA automotive batteries in Australia since 2015, explains VARTA works closely with European car manufacturers and says its batteries are now fitted to around 80 percent of manufactured cars coming from Europe with its advanced EFB and AGM technology.
The VARTA brand has a history going back 125 years, manufactured in factories around Europe and reportedly found in all the leading car brands such as BMW, Golf, Audi and Volkswagen Group.
The Enhanced Flooded Battery (EFB) is an advanced battery which has increased life cycles and an improved ability to accept charge, appropriate for use on basic start/stop. Federal Batteries says this battery has typically twice the cycle life of standard aftermarket batteries and improved ability to accept charge.
The Absorbed Glass Mat (AGM) battery is fully sealed and reportedly offers typically three to six times the cycle life endurance at 50 percent Depth Of Discharge (DOD) compared to that of a standard aftermarket battery. It is said to also have maintenance of dynamic charge acceptance (DCA) currently up to three times that of standard flooded batteries.
It is important the right battery is fitted as per manufacturers’ specifications. This may result in pressure being put on workshops to explain why the end-user might need to buy a more expensive battery, but Federal Batteries says failure to do so could very quickly lead to loss of functionality in the vehicle.
It says standard batteries should not be fitted to any type of vehicle with start/stop functions nor should EFB be used on AGM applications. In some cases, AGM can be substituted, but only where this is an option given by manufacturers.
Testing of these batteries can be problematic – most electronic testers used test Cold Cranking Amps (power), whereas start/stop batteries need to be tested on reserve capacity and Charge acceptance (charge quicker). Federal Batteries says the general rule is that if a charger shows “bad battery” or “good battery recharge” the battery should be replaced.
Federal Batteries says has more than 30 years’ experience in the Australian market covering an extensive range of Automotive, Commercial, Marine and Deep Cycle batteries.

For more information, contact your nearest Federal Batteries branch on 1300 133 980. 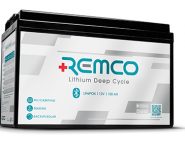 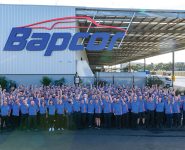 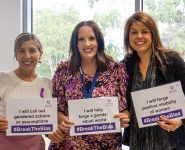 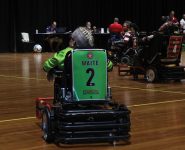